May 11, 2020 In Thryv, Inc. v. Click-to-Call Technologies, LP, the Supreme Court of the United States overturned the Court of Appeals for the Federal Circuit, holding that 35 U.S.C. §314(d) precludes judicial review of Patent Trial and Appeals Board (PTAB) application of the one-year time bar in a decision to institute an inter partes review (IPR). 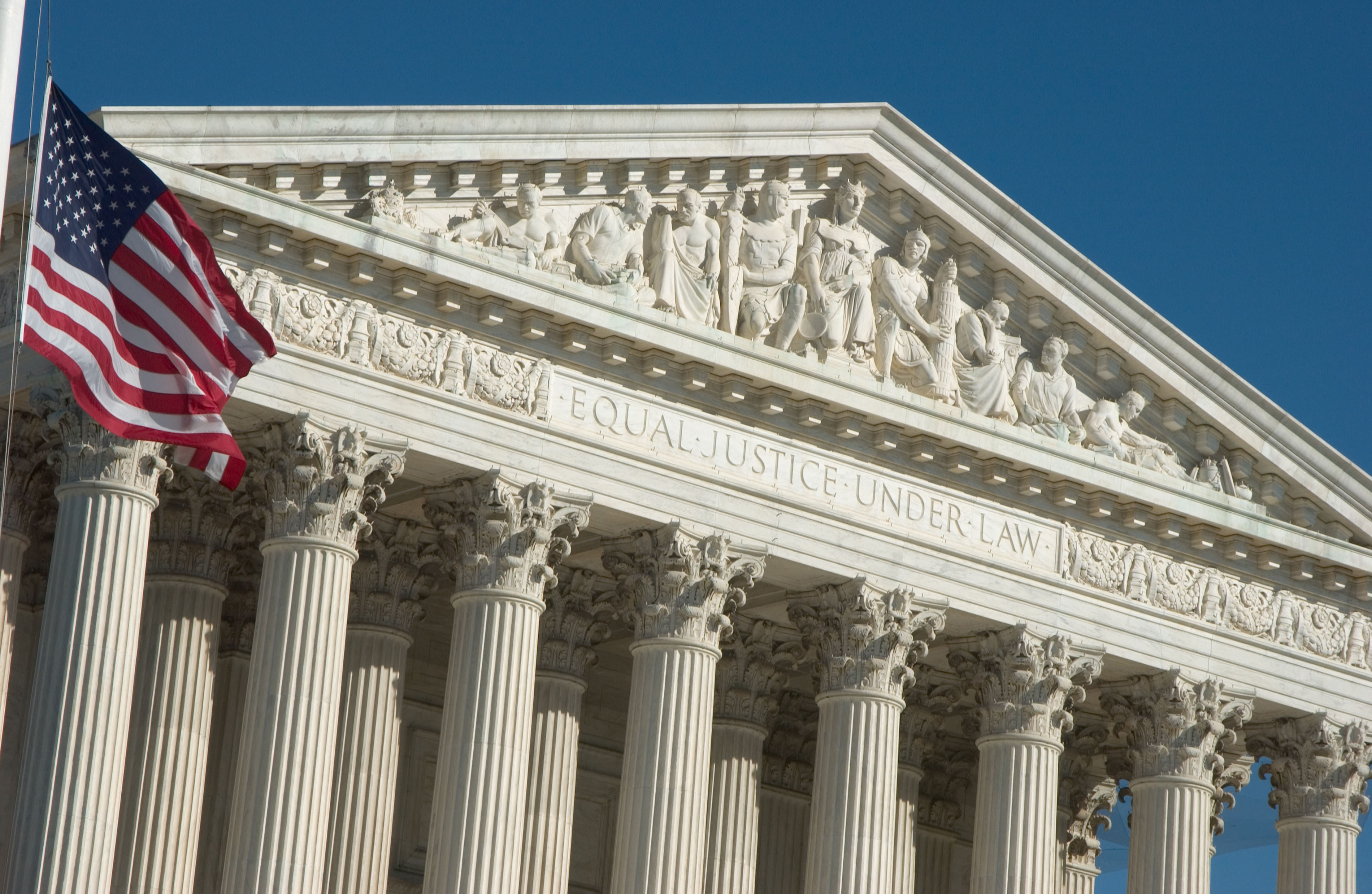 In Thryv, Inc. v. Click-to-Call Technologies, LP, the Supreme Court of the United States overturned the Court of Appeals for the Federal Circuit, holding that 35 U.S.C. §314(d) precludes judicial review of Patent Trial and Appeals Board (PTAB) application of the one-year time bar in a decision to institute an inter partes review (IPR). No. 18-916, 590 U.S. ____ (Apr. 20, 2020).

The majority decision by Justice Ginsburg explains that judicial review is not available for all matters closely tied to the decision to institute IPR, which includes whether the one-year time bar in 35 U.S.C. § 315(b) should apply to preclude institution. Justices Gorsuch and Sotomayor dissented, arguing that based on the plain language of 35 U.S.C. § 314(b), the presumption of judicial review, and an alternative interpretation of Supreme Court Precedent in Cuozzo v. Lee (2016) and SAS Institute v. Iancu (2018) permitted juridical review.

The dispute in Thryv concerns the interplay between two statutory provisions enacted by the America Invents Act (AIA) governing IPR: 35 U.S.C. §§ 314(d) and 315(b). On the one hand, section 314(d) provides that the USPTO Director’s determination of whether to institute an IPR “under this section shall be final and nonappealable.” On the other hand, section 315(b) precludes the PTAB from instituting IPR if the petition is filed more than one year after “the petitioner, real party in interest, or privy of the petitioner is served with a complaint alleging infringement of the patent.” The factual background of the case is complex, but in short, a prior complaint filed over a decade before the AIA was enacted was voluntarily dismissed without prejudice due to settlement. We have previously discussed the factual background of the case in greater detail here.

Interpreting § 314(d) and looking to Cuozzo, the Court concluded that the AIA precludes review of the USPTO’s decision of whether to institute an IPR and that the meaning of the statute is plain enough to overcome the presumption in favor of judicial review. Indeed, the Court states that it was not necessary to “venture beyond Cuozzo’s holding that § 314(d) bars review at least of matters ‘closely tied to the application and interpretation of statutes related to’ the institution decision…” Justice Ginsburg further points to the objectives of the AIA to weed out bad patents, and states that making the one-year time bar judicially reviewable while excluding review of the decision under § 314(a) elevates the procedural over the substantive, and conflicts with Congress’ intent when it enacted the AIA because it would allow a Court to unwind the PTAB’s patentability decision and leave bad patents enforceable.

Click-to-Call also argued for a narrow interpretation of the IPR statutes – that the term “under this section” in § 314(d) meant that only determinations literally under § 314 were “final and appealable,” not other determinations under other sections of the IPR statutes. However, the majority rejected this argument. The Court explained that the decision in Cuozzo found a decision denying institution under § 312(a)(3) was also unreviewable. The text of § 314(d) mandates that the decision to institute an IPR is not reviewable and the reference to “this section” is broader than the substantive determination that there is a reasonable likelihood that the petitioner would succeed on challenging the patentability of at least one claim. Finally, the Court clarified that SAS does not provide support for judicial review of PTAB institution decisions, as distinguished from judicial review of a final written decision at the end of an IPR, which is still permitted under § 318(a) and 319.

Justices Gorsuch and Sotomayor dissented from the majority decision for three main reasons. First, Justice Gorsuch takes issue with the majority’s decision on statutory interpretation grounds, declaring that the reference to “this section” means only § 314 and nothing more. Therefore, the dissent reasons, the decision as to whether the petition established a reasonable likelihood that one or more of the claims is unpatentable is the only decision that is unreviewable under § 314(d). The dissent gave a pithy response to Thryv’s argument that Congress could have explicitly called out § 314(a) in the text of § 314(d): “But so what?... our attention is directed within [by ‘under this section’], not beyond, § 314.” Second, Justice Gorsuch argues that Cuozzo never reached the question of whether § 314(d) precludes judicial review in cases where a litigant grounds its claim in a statute, and that this basis for the majority decision is grounded not on the holding, but on dicta. Finally, the dissent contends in a series of passionate arguments based on the presumption of judicial review that the Founders established the separation of powers to ensure checks and balances on the process to deprive an individual of liberty or property.

A patent owner in receipt of an IPR petition must explore time-bar issues early. The IPR rules provide patent owners with the opportunity to file a Patent Owner Preliminary Response within three months of receiving notice of the IPR petition. 37 C.F.R. § 42.107(b). Consequently, patent owners have one shot within a relatively short window to marshal all evidence and arguments concerning time-bar issues.

Although the majority decision declined to address the substance of the Federal Circuit’s en banc decision below (i.e., that a complaint voluntarily dismissed without prejudice still triggers the one-year time bar, see Thryv, at n.3), the USPTO’s Precedential Opinion Panel (POP) implicitly acknowledged that the PTAB incorrectly instituted IPR against Click-to-Call’s Patent. GoPro, Inc. v. 360Heros, Inc., IPR2018-01754 (P.O.P Aug. 23, 2019). As such, it seems that the bright-line rule that service of a complaint starts a clock on the window to file an IPR petition and that this clock cannot be reset remains valid.

Notwithstanding the POP’s decision in GoPro, IPR has likely become an even more powerful tool after Thryv. In addition to the favorable statistics for petitioners, there are limited mechanisms within the USPTO to review an IPR institution decision, and the Court’s decision makes it clear that, while a final written decision on the merits of the IPR can be appealed, obtaining judicial review of an IPR institution decision is very difficult. However, the Court did expressly note that it was not deciding whether mandamus review may be available in extraordinary cases. Accordingly, alleged infringers should continue to consider IPR to be an important component to defend against patent infringement claims.

Finally, there appears to be some tension remaining between the Justices concerning whether the entire IPR scheme is constitutional. Justice Gorsuch’s dissent repeatedly noted that patents are property and that property-taking-by-bureaucracy in violation of its own rules is forbidden, especially where, as here, it “carries us another step down the road of ceding core judicial powers to agency officials and leaving the disposition of private rights and liberties to bureaucratic mercy.” The majority pointedly responded that the Court had already upheld the constitutionality of IPR in Oil States v. Greene’s (2018).

For more information on this case, contact the author of this post. You can find more blog posts regarding inter partes review here.