An Overview of U.S. Design Rights – Infringement & Enforcement, Part 2 of 2

December 19, 2019 In our previous post, we identified the types of design rights infringement that are actionable. In this part, we will cover the different types of remedies available to rights owners and defenses available to accused infringers. 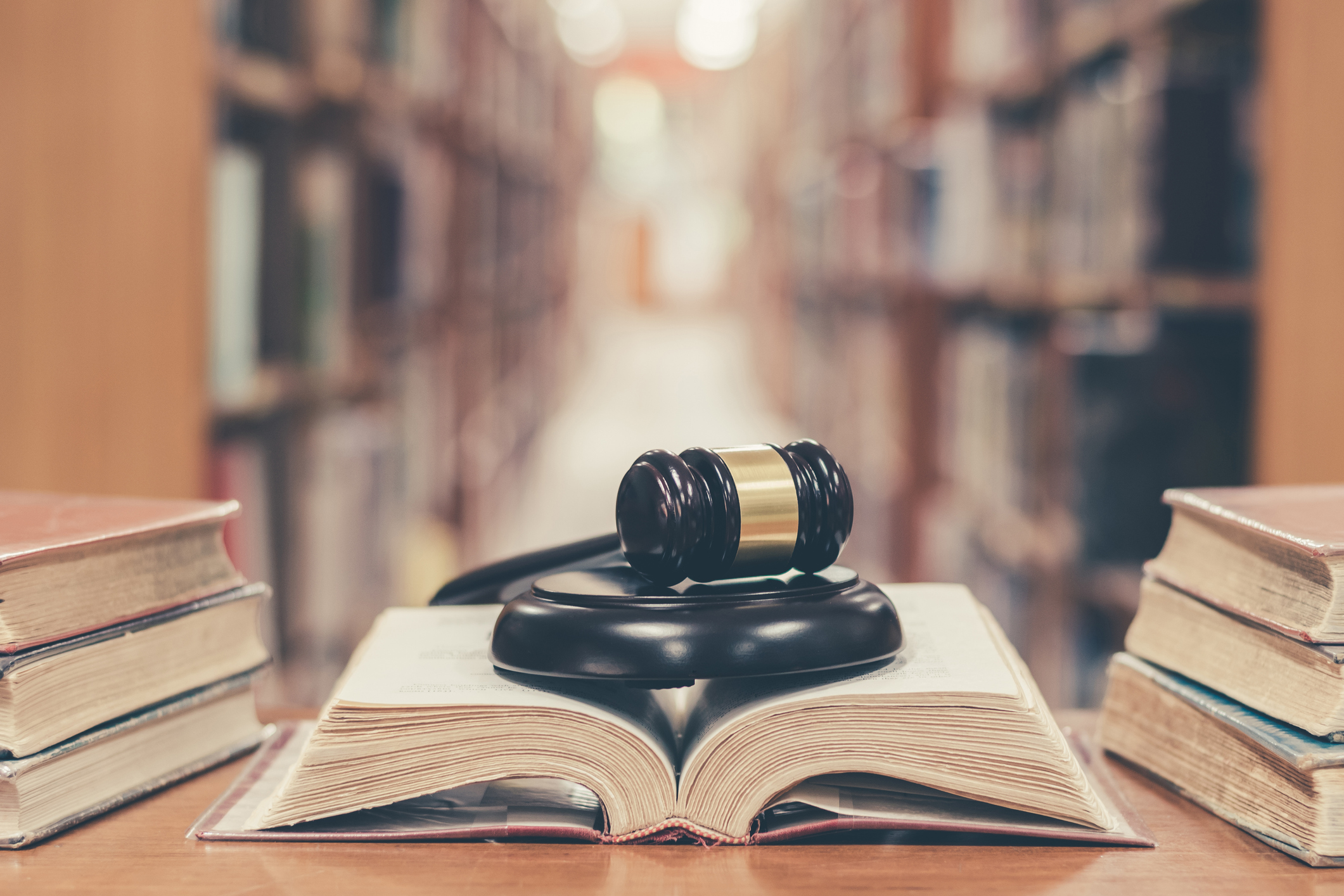 In our previous post, we identified the types of design rights infringement that are actionable. In this part, we will cover the different types of remedies available to rights owners and defenses available to accused infringers.

“Whoever during the term of a patent for a design, without license of the owner, (1) applies the patented design, or any colorable imitation thereof, to any article of manufacture for the purpose of sale, or (2) sells or exposes for sale any article of manufacture to which such design or colorable imitation has been applied shall be liable to the owner to the extent of his total profit, but not less than $250, recoverable in any United States district court having jurisdiction of the parties.

Nothing in this section shall prevent, lessen, or impeach any other remedy which an owner of an infringed patent has under the provisions of this title, but he shall not twice recover the profit made from the infringement.”

That addendum may assist a patent owner in establishing damages for infringement, particularly in comparison to a hypothetical negotiation or analytical model for determining a reasonable royalty, or the difficulties associated with proving “but for” damages for establishing lost profits. There also are several open issues concerning how to determine the “total profit” recoverable under § 289, such as whether the profit is based on the entire article or only the component embodying the design.

An injunction is also permissible and generally requires the patent owner to demonstrate: (1) that it has suffered an irreparable injury; (2) that remedies available at law, such as monetary damages, are inadequate to compensate for that injury; (3) that, considering the balance of hardships between the plaintiff and defendant, a remedy in equity is warranted; and (4) that the public interest would not be disserved by a permanent injunction.

Attorneys' fees may also be awarded in exceptional cases to the prevailing party under 35 U.S.C. § 285. An exceptional case is one that “stands out from others with respect to the substantive strength of a party’s litigating position (considering both the governing law and the facts of the case) or the unreasonable manner in which the case was litigated.”

A plaintiff is generally entitled to injunctive and/or monetary relief, “subject to the principles of equity” that may be measured by (a) actual damages sustained by the plaintiff due to the infringement; and/or (b) an accounting and recovery of the defendant’s profits resulting from the infringement. See 15 U.S.C. § 1117(a). Courts have discretion in determining the amount of monetary relief to be awarded, if any, including the ability to award up to treble damages.

Actual damages may include lost profits, compensation for injury to the plaintiff’s goodwill or business reputation, and expenses incurred in trying to prevent consumer confusion. Some courts require proof that consumers were actually confused or deceived as a prerequisite to a plaintiff receiving a damages award.

An injunction is also permissible, but must adequately specify the acts or appearances to be enjoined. A prevailing party may be awarded attorneys’ fees in exceptional cases under 15 U.S.C. § 1117(a). Courts have described an “exceptional case” as one in which “the defendant’s conduct was malicious, fraudulent, wilful or deliberate in nature.”

Attorneys' fees may also be awarded to the prevailing party. When determining whether to award fees, courts consider the following non-dispositive factors in the totality of the circumstances: frivolousness, motivation, objective unreasonableness, and the need in particular circumstances to advance consideration of compensation and deterrence.

While a number of traditional defenses may apply to each of these rights (e.g., laches, waiver/estoppel, causation, etc.), the following highlights the common defenses, in addition to non-infringement, that apply specifically to each of the different design rights.

Invalidity: Design patents, like utility patents, may be invalid if they are not novel and non-obvoius over prior art designs. See 35 U.S.C. § 102 and 103. A design is anticipated if, in the eye of an ordinary observer, the patented design as a whole and the prior art design are substantially the same. The anticipation test mirrors the test for infringement, except the prior art is used as the relevant design to be compared to the patented design.

A design patent is obvious if (1) there is a “primary reference,” a single design already in existence, that has basically the same design characteristics as the claimed design and (2) there is a “secondary reference” with visual design elements that a designer of ordinary skill would combine with the primary reference to create a “hypothetical design” that has the same overall visual appearance as the claimed design. Unlike anticipation, obviousness is evaluated from the perspective of a designer of ordinary skill in the art. The ultimate question of obviousness, which is a legal conclusion based on underlying facts, is “whether the claimed design would have been obvious to a designer of ordinary skill who designs articles of the type involved.” After the “hypothetical design” is created, whether it is substantially the same as the claimed design is a question of fact that is evaluated from the perspective of the ordinary observer, just like in the anticipation analysis.

Functional vs. Ornamental: A design patent is invalid if the patented design is primarily functional rather than ornamental. Designs have been found to be essential and deemed to be functional when “the appearance of the claimed design is ‘dictated by’ the use or purpose of the article.” By contrast, “[w]hen there are several ways to achieve the function of an article of manufacture, the design of the article is more likely to serve a primarily ornamental purpose.”

To determine whether a claimed design, as a whole, is “dictated by” functional considerations, courts examine the following factors: (1) whether the protected design represents the best design; (2) whether alternative designs would adversely affect the utility of the specified article; (3) whether there are any concomitant utility patents; (4) whether the advertising touts particular features of the design as having specific utility; and (5) whether there are any elements in the design or an overall appearance clearly not dictated by function.

Functional: As with design patent rights, trade dress may be attacked based on the product or packaging serving a purely functional purpose. Courts have found a product feature to be functional “if it is essential to the use or purpose of the article or if it affects the cost or quality of the article.” Likewise, courts have described a functional feature to be one the “exclusive use of [which] would put competitors at a significant non-reputation-related disadvantage.”

Fair Use: Another common defense is to allege fair use, by asserting that the use of the trade dress is not in a traditional trademark sense (i.e., to identify the source or origin of its goods or services), but rather in a descriptive manner for its own goods or services.

Fair Use: Fair use is a defense to copyright infringement. Determining whether a use is fair requires the application of a balancing test that considers: (1) purpose and character of the use (e.g., commercial vs. non-profit, news reporting); (2) the nature of the copyrighted work (e.g., highly expressive creative work vs. less creative); (3) the amount or substantiality of the portion used (e.g., all or only a part copied); and (4) the effect of the use on the potential market for or value of the copyrighted work (e.g., competes with copyright holder or not). A fair use defense is more likely to apply when one copies a copyrighted work in a “transformative” manner. For example, fair use often applies when another comments upon, criticizes, or parodies a copyrighted work.

Scène à Faire: The scène à faire defense applies in situations in which the “expression” sought to be protected is standard, stock, or common treatment within a genre, and therefore not considered protectable. For example, Santa Clause, a reindeer, and a sleigh in a Christmas scene. However, it should be noted that scène à faire will not protect an infringer who has essentially duplicated an otherwise copyrightable work in every detail.

For further information on design rights and any of the sources and cases cited in this 2-part blog series, contact the authors directly.