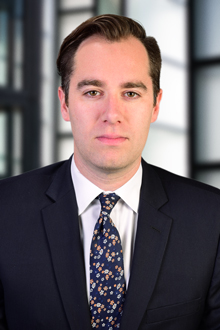 Brooks Doyne is an associate in the Newark office of Lewis Brisbois and a member of the Labor & Employment Practice. Mr. Doyne specializes in Employment, Complex Business & Commercial Litigation and Corporate Law.

Mr. Doyne has represented companies and their management as well as individuals in state and federal courts. His practice includes representing clients in connection with internal and external investigations of the most sensitive and confidential nature. Mr. Doyne’s experience includes representing parties in breach of contract actions, employment disputes, intellectual property disputes, not-for-profit disputes, and claims arising under federal and state consumer protection laws.

Mr. Doyne was a recipient of the Rising Stars® distinction in the 2017, 2018, 2019 & 2020 editions of New Jersey Super Lawyers. The selection of Rising Stars® is made by an attorney-led research team that independently reviews the credentials of potential candidates and assigns points based on a set of evaluation criteria. Practicing lawyers are asked to nominate "attorneys who are 40 or under, or who have been practicing for 10 years or less." No more than 2.5 percent of the lawyers in a geographical region are named to the Rising Stars® list.

After graduating from Rutgers Law School-Camden, Mr. Doyne completed a clerkship with the Honorable Robert L. Polifroni, Presiding Judge of the Civil Division in the Superior Court of New Jersey, Bergen County.

United States District Court for the District of New Jersey