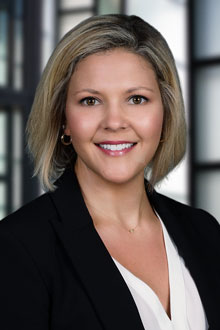 Kathryn Ender is a partner in the Miami office of Lewis Brisbois and is a member of the Appellate Practice. Ms. Ender is a Florida Board Certified Specialist in Appellate Practice, and she has handled over 250 appeals in the Florida state courts and the United States Court of Appeals for the Eleventh Circuit.

Ms. Ender provides a unique perspective to litigation at the trial level by identifying and narrowing legal issues and offering strategic advice to ensure the record is well developed and preserved. As part of her litigation support practice, Ms. Ender prepares and argues dispositive motions, pre-trial motions in limine, jury instructions and post-trial motions. Ms. Ender also provides interlocutory appellate support, and handles proceedings seeking original and extraordinary relief. In addition, Ms. Ender concentrates on issues involving the service and enforceability of proposals for settlement at the state and federal levels.

Ms. Ender earned her Bachelor of Arts in Political Science from The Ohio State University in 2003 and her Juris Doctor from the American University Washington College of Law in 2007. Before entering private practice, Ms. Ender served as a law clerk to the Honorable Vance E. Salter at the Third District Court of Appeal of Florida. Prior to joining Lewis Brisbois, Ms. Ender worked for the largest insurance defense firm in Florida.