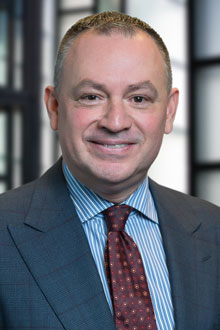 Tracy Cowan is the managing partner of the St. Louis office of Lewis Brisbois and is a member of the Products Liability Practice, and a vice-chair of the Toxic Tort & Environmental Litigation Practice. He has extensive experience managing national mass tort litigation for corporate clients, including asbestos, toxic tort, products liability, and environmental matters venued in trial courts around the United States, and especially in the St. Louis Metro area.

Tracy’s recent cases include a four-month long environmental trial that resulted in a favorable verdict in Alameda County, California, and cases tried to verdict in Madison County, Illinois and the City of St. Louis, Missouri, two prominent “Judicial Hellholes” as identified by the American Tort Reform Association. The City of St. Louis matter was a living mesothelioma lawsuit which resulted in a successful defense verdict on behalf of an automotive manufacturer.

In addition, Tracy has significant experience representing banks, brokerage firms, partnerships, and the manufacturers of commercial and consumer products in business and commercial disputes in federal and state courts. His experience includes the representation of banks in business disputes brought by customers, manufacturers in actions brought against vendors, partnerships in dissolution proceedings, and corporations in actions brought by their distributors.

Among other matters, he represented a leading Canadian investment banking company in a suit brought under the Kansas Securities Act for the sale of unregistered securities. He obtained summary judgement on behalf of the investment firm on two occasions and twice argued the appeal before the Kansas Supreme Court which sustained the judgment in favor of Tracy’s client on the second appeal. Tracy also defended a bank in a lawsuit and appeal brought by beneficiaries of a trust alleging breach of fiduciary duties. He also has successfully defended a motors and generators company in actions following the termination of its distributors.

United States District Court for the Eastern District of Wisconsin

United States District Court for the District of Nebraska

United States Court of Appeals for the Eighth Circuit

University of Missouri School of Law