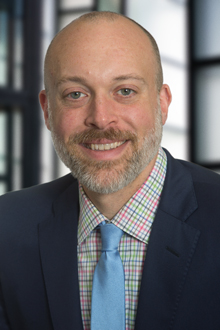 Philip Hinson is a partner in the Charlotte office of Lewis Brisbois and a member of the Labor & Employment Practice.

Phil represents employers and management in federal and state courts and administrative agencies such as the Equal Employment Opportunity Commission. He regularly defends employers in a wide variety of disputes involving claims of discrimination, harassment, retaliation, and wrongful discharge arising under Title VII, Section 1981, the FMLA, the ADEA, the FLSA, the FCA, and other federal and state laws. He defends employers in wage and hour disputes and other matters related to compensation issues.

Phil provides frequent advice and counsel to employers with the goal of complying with the law and navigating issues that commonly result in litigation such as ADA reasonable accommodation requests, FMLA leave requests, and internal investigations of allegations of discrimination and harassment. He also drafts and reviews employment, severance, non-compete and other restrictive covenant agreements, conducts audits of HR practices, and provides management training on legal compliance.

Bachelor of Arts in Political Science, 2004