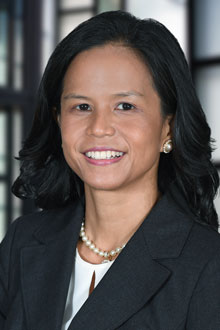 Sudhir L. Burgaard is an associate in the Los Angeles office of Lewis Brisbois and a member of the Real Estate, Land Use & Environment and Environmental & Administrative Law Practices. She has counseled and litigated for clients on a variety of natural resources and environmental laws, including the Clean Water Act, storm water control regulations, California’s Porter-Cologne Act, the federal and California Superfund statutes, the federal Resource Conservation and Recovery and California hazardous waste control laws, the National Environmental Policy Act, the California Environmental Quality Act, California’s Proposition 65, and the Endangered Species Act. Sudhir has represented private and municipal entities in infrastructure projects, including the construction of highways, mixed use developments, and coastal developments. She has counseled and litigated on behalf of clients in takings and eminent domain actions, including for development of a heavy rail subway corridor. Sudhir has prosecuted and defended public and private entities in groundwater contamination cases. Sudhir has advised companies on compliance with industrial storm water discharge requirements under the Clean Water Act and state environmental laws.

Sudhir earned a master’s in environmental law from The George Washington University Law School. During her time in the Washington, D.C., area, she clerked for the U.S. Environmental Protection Agency and the U.S. Department of the Interior.

Master of Laws in Environmental Law, 2012