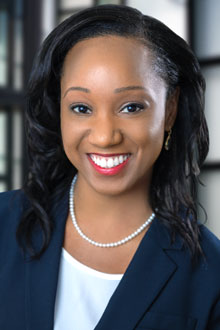 Nicole T. Bowyer is an associate in the New Orleans office of Lewis Brisbois and is a member of the General Liability Practice. Ms. Bowyer was born in Los Angeles, CA and moved to Washington, DC to attend Howard University where she majored in political science and minored in the Spanish language. Thereafter, she relocated to New Orleans, LA where she attended Tulane University and received her Juris Doctor. During her tenure at Tulane University, Ms. Bowyer clerked for the Honorable Judge Botley at the Federal District Court for the Southern District of Texas. She also received a summer associateship at a National law firm where she assisted in the commercial litigation, labor and employment and insurance defense practice areas.