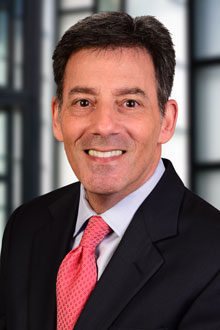 James Strauss is a partner in the New York office of Lewis Brisbois and a member of the Appellate Practice. Jim has been a litigator his entire career. He has broad experience litigating securities class action lawsuits as well as commercial, insurance coverage, estate, and personal injury defense actions pending in state and federal courts at both the trial and appellate level. He enjoys writing and spends the majority of his time briefing and arguing motions and appeals, primarily for general liability matters.

Presenter at Ethics CLE at The Defense Association of New York (DANY), October 2017.