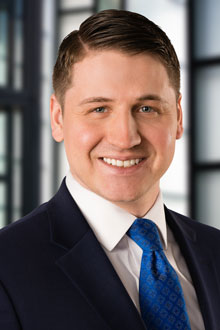 Daniel Leister is a partner in the Cleveland office of Lewis Brisbois and a member of the General Liability Practice. Daniel is an experienced litigator with a proven track record. He provides his clients with a unique blend of superb legal writing, insightful analysis, and passionate advocacy. Over the course of his career, he has handled a diversity of cases primarily in Ohio and Pennsylvania on behalf of manufacturers, retailers, trucking companies, restaurants, hotels, doctors, nurses, police officers, municipalities, and government officials. Handling appeals is also a key aspect of Daniel's practice, who has authored and successfully argued numerous appellate briefs and petitions to the Ohio Supreme Court.

United States Court of Appeals for the Sixth Circuit