GDPR, Part VI: What Are the Roles of U.S. Regulators?

December 21, 2017 When the General Data Protection Regulation (GDPR) goes into effect on May 25, 2018, the European Union (EU) will mark a sea change in how its member states will seek to protect and regulate the collection and use of EU citizens’ data. But as we have noted in our seven-part series analyzing the impact of Europe’s new data regulation and the hurdles that businesses will have to clear in order to comply with its provisions, the effects of the GDPR will not stop at the EU water’s edge.

By: Bryan M. Thompson and Sean B. Hoar 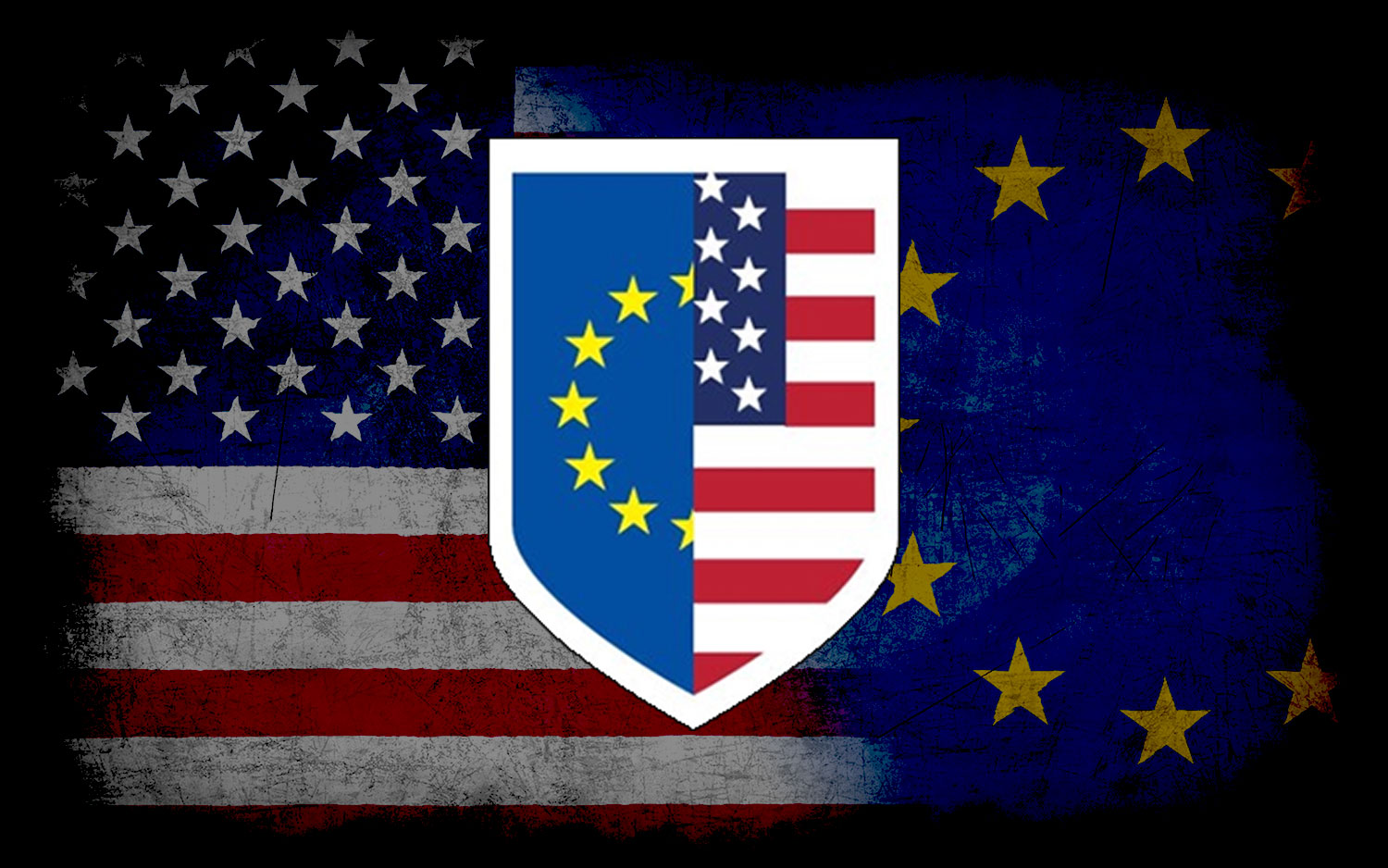 When the General Data Protection Regulation (GDPR) goes into effect on May 25, 2018, the European Union (EU) will mark a sea change in how its member states will seek to protect and regulate the collection and use of EU citizens’ data. But as we have noted in our seven-part series analyzing the impact of Europe’s new data regulation and the hurdles that businesses will have to clear in order to comply with its provisions, the effects of the GDPR will not stop at the EU water’s edge. Indeed, much like the EU’s current Data Protection Directive 95/46/EC, the GDPR limits transferring personal data to countries outside of the EU that do not offer “adequate levels of data protection,” and under both the Data Protection Directive and the GDPR, U.S.-based companies may only import or process personal data from the EU if they take measures to ensure their compliance with EU data protection laws. One of those methods is by participating in the EU-U.S. Privacy Shield, a trans-Atlantic data agreement by which U.S. companies can voluntarily self-certify their compliance with specific privacy principles and be allowed to import personal data from the EU.

As part of the Privacy Shield, several U.S. regulatory agencies have undertaken important roles either administering the data transfer pact, or enforcing U.S. companies’ compliance with its terms. Consequently, American businesses looking to import personal data from the EU should pay special attention to the roles that these domestic agencies have in this voluntary program, and their powers to enforce compliance with the Privacy Shield. This post, the sixth in a seven-part series analyzing the impact of the GDPR, will discuss the roles that U.S. regulatory agencies play under the EU-U.S. Privacy Shield to enforce a self-certifying company’s compliance, and how those roles may change once the GDPR goes into effect next year.

“Adequately” Transferring EU Personal Data to the U.S. under the GDPR

To understand how U.S. regulatory agencies may be affected by the GDPR, it is important to understand the restrictions on exporting personal data to foreign counties the EU currently has in place, restrictions that the GDPR will mirror and reinforce. Under Article 25 to the EU’s current Data Protection Directive, personal data can only be transferred to countries outside the EU and the broader European Economic Area (EEA) ­— comprising the EU member states as well as Iceland, Liechtenstein, and Norway — when “an adequate level of protection” of personal data is guaranteed. Towards that end, the Data Protection Directive authorizes the European Commission (EC) to determine whether foreign nations offer data protections similar to those under EU law.

Similarly, Article 45 of the GDPR also permits the EC to determine if a foreign nation offers an adequate level of protection comparable to the EU’s. So far, the EC has deemed only 11 countries to fully provide “adequate” protections for personal data – a list that does not include the United States.

However, both the Data Protection Directive and the GDPR permit the export of personal data to countries that have not received adequacy determinations from the EC under certain circumstances, such as where an entity agrees through the use of binding corporate rule (BCRs) or model contract clauses developed by the EC to provide adequate safeguards for the protection of personal data leaving the EU. An additional measure available to U.S. companies is the EU-U.S. Privacy Shield, a voluntarily mechanism administered by the U.S. Department of Commerce for U.S.-based companies to self-certify their compliance with the Privacy Shield’s Framework and Supplemental Principles to protect personal data imported from the EU. In its Privacy Shield Adequacy Decision, the EC determined that the privacy protections of the Privacy Shield Principles with which all participating companies must agree to comply, combined with provisions under U.S. law to safeguard personal data and other mechanisms built into the Privacy Shield, ensure an adequate level of protection for personal data transferred to the United States under its regime.

Additionally, the Privacy Shield authorizes European Data Protection Authorities (DPAs) to channel complaints from EU citizens regarding the practices of U.S. companies under the Privacy Shield to Commerce for resolution. Once it receives a complaint from a DPA, Commerce must review and respond to the DPA within 90 days, with the aim of facilitating a resolution of the complaint with the U.S. company. Commerce must also produce an annual report analyzing the complaints it receives each year.

Given the EU’s emphasis on using effective mechanisms to ensure compliance with the Privacy Shield’s terms, American businesses should expect the FTC to be an active enforcement agency in this space. Indeed, the FTC was similarly empowered under Section 5 to enforce participating companies’ compliance with the Privacy Shield’s predecessor, the U.S.-EU Safe Harbor Framework. During the framework’s lifetime, the FTC routinely engaged in regulatory actions and issued consent orders against companies for violating the Safe Harbor Framework.

U.S. Department of Transportation (DOT): Similar to the FTC, the DOT is required under the Privacy Shield to enforce compliance of Privacy Shield-participating U.S. carriers and ticket agents under its authority pursuant to 49 U.S.C. § 41712. As with the FTC’s Section 5 authority, a participating carrier or ticket agent’s failure to adhere to the Privacy Shield’s requirements is deemed to be an unfair and deceptive practice under Section 41712. The DOT Aviation Enforcement Office is charged with investigating Privacy Shield complaints and taking enforcement actions where there is evidence of a violation. If the DOT resolves an enforcement action with a company, the DOT must monitor the company’s compliance with the enforcement order and make the order publicly available.

U.S. Department of State: One of the most important provisions of the Privacy Shield is the creation of the State Department’s ombudsperson, who is charged with handling and resolving complaints from EU citizens concerning U.S. national security access to data transmitted from the EU. U.S. national security surveillance activities were a major concern to the European Court of Justice when it invalidated the Privacy Shield’s precursor, the U.S.-EU Safe Harbor Framework, in its 2015 Schrems decision. Crucially, the ombudsperson position is designed to be independent of the U.S. intelligence agencies and is empowered to oversee all complains concerning American national security access to commercial data transfers from the EU to the U.S., whether under the Privacy Shield, BCRs, model contract clauses, or other derogations permitted by EU law.

The U.S. Regulators’ Privacy Shield Roles under the GDPR

Meanwhile, American companies interested in participating in the Privacy Shield should consult with experienced legal counsel to learn more about what measures they need to take in order to self-certify under the trans-Atlantic data transfer pact, and how to sign up to do so. Additional information about participating in the Privacy Shield can be found on the Commerce Department’s website, www.privacyshield.gov.

[1] The FTC’s maximum civil penalty amount for 2017 is per the annual adjustment required under the Federal Civil Penalties Inflation Adjustment Act Improvements Act of 2015. Consequently, companies can expect civil penalties for violating the terms of an FTC consent order to only increase in the future.