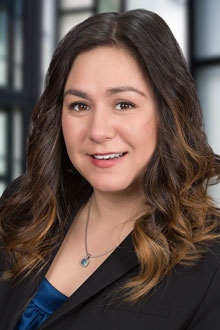 Stephanie A. Garabedian is a partner in the Las Vegas office of Lewis Brisbois and a member of the General Liability Practice. She graduated from the University of Washington in 2002, with a degree in Social Welfare, and received her Juris Doctorate from the California Western School of Law in 2005. While in law school, Ms. Garabedian law-clerked for the Legal Aid Society in New York, New York; an Administrative Judge with Equal Employment Opportunity Commission in San Diego; and for Judge Nancy Oesterle of the Las Vegas Justice Court. Ms. Garabedian is a member of the Nevada State Bar and the Washington State Bar.

U.S. District Court for the District of Nevada