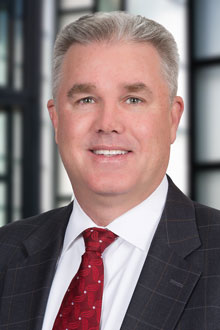 Bruce Young is a partner in the Las Vegas office of Lewis Brisbois and a member of the Labor & Employment Practice. Mr. Young practiced in the area of labor and employment law for more than 20 years, in California and Nevada. He has experience in ADA and Title VII discrimination litigation in addition to assisting clients with reduction-in-force (RIF) and non-competes, providing training and advice on EEO policies, managing leaves of absence, and coordinating proper employee disciplinary actions. He has tried numerous cases in both federal and state court, and prosecuted appeals before the Nevada Supreme Court and the Ninth Circuit Court of Appeals. Mr. Young also speaks at seminars and conducts in-person training for clients on various relevant issues.

Bachelor of Arts in International Relations and in French, 1988