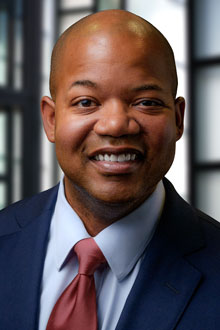 Tophas Anderson IV is a Partner in the Phoenix office of Lewis Brisbois and a member of the Medical Malpractice, Healthcare, and Long-Term Care & Elder Law Practices. He is known for his dedication and commitment to clients. He began his legal career as a prosecutor, and conducted more than 50 trials including 13 felony jury trials. He left criminal law and has now been a civil litigator for over a decade.

He is active in the community, previously serving on the Board of Directors of a local charity and he also spent several years as Chair of the State Bar of Arizona Civil Jury Instructions Committee. The Phoenix Business Journal recognized Tophas' professional accomplishments and community involvement by including him in the 2013 Forty under 40 class of business leaders.

Tophas has defended clients across numerous industries in matters ranging from medical malpractice, healthcare, personal injury, and employment. He works closely with clients to help them avoid legal pitfalls and when necessary, defends them in trial. In addition, he has experience in representing healthcare providers in regulatory matters before state boards.

The University of Texas at Austin

Bachelor of Business Administration in Finance, 1997