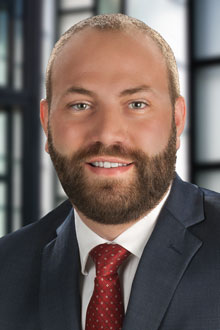 Christopher Gabbard is a partner in the Fort Lauderdale office of Lewis Brisbois and is a member of the Corporate Practice. Chris currently concentrates his practice on joint venture and corporate finance transactions, mergers and acquisitions, private equity transactions, public and private securities offerings, corporate governance and compliance, and other general corporate law matters. His work spans a range of industries, including telecommunications, technology, engineering, commercial real estate development and private equity.

Mr. Gabbard also has experience assisting clients  in connection with initial public offerings and the preparation of SEC filings, including proxy statements, registration statements and annual, quarterly, and current reports, and has experience in conducting due diligence and researching and drafting legal and client memoranda  In addition, he has experience advising clients interested in raising capital for and establishing regional centers to administer projects qualifying for investment under the EB-5 Entrepreneur Investment Visa Program across the country and in a variety of industries, including preparing the necessary documents.

Mr. Gabbard started his career with the enforcement division of the California Department of Business Oversight where he assisted senior corporations counsel with securities and commodities fraud litigation cases resulting in multimillion-dollar judgments. In addition, he has represented brokers and broker dealers in litigation and FINRA arbitration matters. Mr. Gabbard joined Lewis Brisbois as associate from an AM Law 100 Firm.

Private Equity and other Fundraising