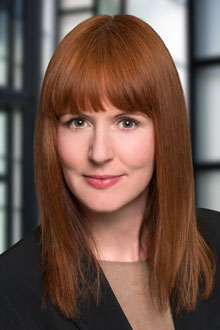 Margaret “Maggie” Fitzsimmons is a partner in the Chicago office of Lewis Brisbois and a member of the Medical Malpractice Department. Ms. Fitzsimmons’ practice also involves the representation of professionals including architects, engineers, and attorneys. She also has actively represented clients in general liability matters, class action litigation, and products liability cases. After admission to the Illinois Bar, Ms. Fitzsimmons has spent her career trying complex and significant matters to verdict in Illinois as well as many other states, both in the State Court and the Federal Court.

U.S. District Court for the Northern District of Illinois

U.S. District Court for the Northern District of Indiana

Trial Bar of the U.S. District Court for the Northern District of Illinois

Her victories involving the successful defense of professionals and entities include the representation of: