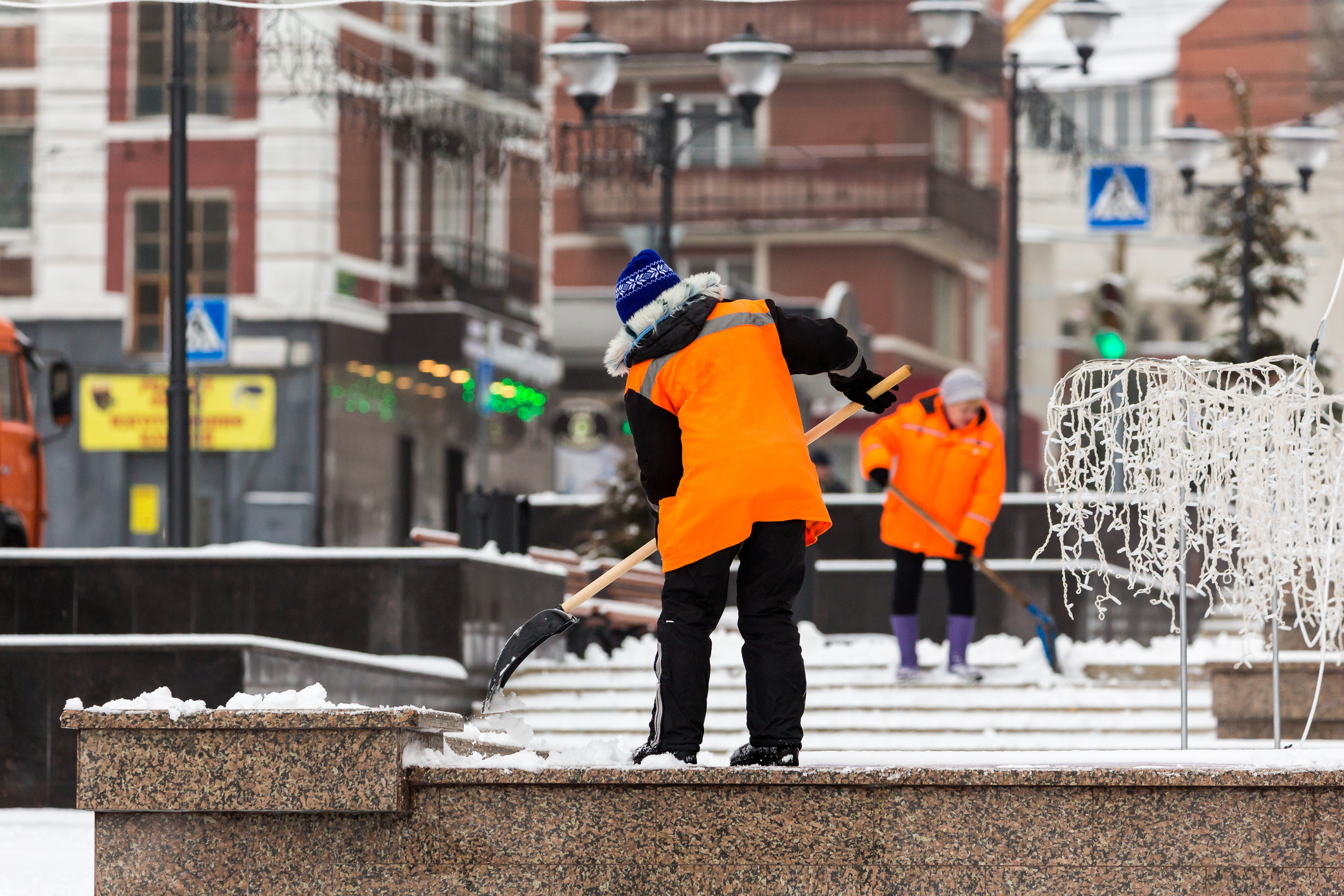 New York, N.Y. (November 9, 2021) - As the winter season nears, defendant property owners are reminded that New York law imposes liability for sidewalk accidents resulting from slip and falls on snow and ice. Within the City of New York, Administrative Code § 7-210 imposes liability on the owners of real property (other than single-family dwellings) to maintain an abutting sidewalk in a reasonably safe condition, which includes the removal of snow and ice.

Some of the most important issues in this area of the law were recently reaffirmed by New York’s Appellate Division in Zamora v. David Caccavo, LLC, 190 A.D.3d 895 (2d Dept. 2021). In particular, that the Court of Appeals made clear in 2019 that the statutory non-delegable duty to remove snow and ice from sidewalks extends even to out-of-possession landowners, who, although they may shift the work of maintaining the sidewalk to another, "cannot shift the duty, nor exposure and liability for injuries caused by negligent maintenance, imposed under [Administrative Code §] 7-210." Xiang Fu He v. Troon Mgt., Inc., 34 N.Y.3d 167, 174 (2019). In other words, even if the defendant leases the property to a tenant who is obligated under the lease to maintain the property in every way, including snow and ice on sidewalks, the defendant cannot escape liability by claiming the tenant is solely responsible for the plaintiff’s loss. On the other hand, property owners are not strictly liable for all personal injuries that occur on the abutting sidewalks, because the statute "adopts a duty and standard of care that accords with traditional tort principles of negligence and causation." Xiang Fu He v. Troon Mgt., Inc., 34 N.Y.3d at 171.

The question often arises: what is the defendant’s burden of proof on motion for summary judgment to dismiss a case arising under § 7-210? The moving defendant has the burden of establishing, prima facie, “that it neither created the alleged ice condition nor had actual or constructive notice of its existence for a sufficient length of time to discover and remedy it.” Soloveychik v. Sea Isle Owners, Inc., 160 AD3d 782, 783 (2d Dept. 2018).

In response to such a showing, the plaintiffs’ bar often argues that the defendant has failed to establish the “last known inspection” as part of its burden to rule out constructive notice. "To meet its burden on the issue of lack of constructive notice, a defendant is required to offer evidence as to when the accident site was last cleaned or inspected prior to the accident." Butts v. SJF, LLC, 171 A.D.3d 688, 689 (2d Dept. 2019). Moreover, a mere reference to general cleaning and inspection practices and procedures is insufficient for this purpose. Rodriguez v. New York City Hous. Auth., 169 A.D.3d 947, 948 (2d Dept. 2019).

Therefore, as the weather grows colder, defendant property owners are well advised to maintain written logs of snow removal efforts. That way, if an accident does occur, a witness can have their memory refreshed by these written materials so that the defense is not merely relying on “general cleaning and inspection practices and procedures” which, standing alone, are insufficient to meet their burden of proof to dismiss a case on summary judgment, and could prove useful at the time of trial as well. If the employees can also take photographs, such evidence could be especially useful for defense counsel trying to prove there was no notice of a hazardous condition.

Outside of New York City

For those defendant property owners outside of New York City, NYC Administrative Code § 7-210 does not apply. Instead, such defendants should check their local town and county codes and ordinances. The general rule in the State of New York is that an abutting landowner cannot be held liable for a sidewalk hazard in the absence of: (a) a local statute or ordinance that imposes tort liability on abutting owners for sidewalk conditions, and makes the landowner responsible to maintain and repair the sidewalk; or (b) evidence that the abutting landowner created the tripping hazard somehow (by way of special use, a negligent repair, or otherwise). Hausser v. Gunta, 88 N.Y.2d 449, 452-453 (1996): Farmer v. City of New York, 25 A.D.3d 649, 649 (2d Dept. 2006); Nichilo v. B.F.N. Realty Associates, Inc., 19 A.D.3d 666, 667 (2d Dept. 2005).

Thus, for defendants outside of New York City, a close review of the local code should be performed in order to determine whether the code expressly imposes tort liability upon them for failing to clear a sidewalk of snow and ice. Even if the local code imposes an obligation to clear the sidewalk of snow and ice, the defendant cannot be held liable unless the code expressly imposes tort liability on a defendant who fails to carry out its maintenance obligations. Morelli v. Starbucks Corp., 2013 N.Y. Slip Op 4786 (2d Dept. 2013)(granting summary judgment because “Starbucks and First Dixon … did not violate a statute or ordinance which expressly imposed liability upon them for failing to maintain”).

Another key burden for defendants moving for summary judgment, both inside and outside New York City, is to submit evidence affirmatively ruling out the possibility that the defendant’s employees did not somehow create or exacerbate a hazardous condition on the sidewalk. Muhammad v. St. Rose of Limas R.C. Church, 163 A.D.3d 693, 694 (2d Dept. 2018). This appears to be one of the most frequently overlooked aspects of a defendant’s burden of proof on summary judgment. In particular, it is not enough to simply point to the absence of evidence. The defendant must instead prove a negative, by submitting sworn testimony or an affidavit attesting to the fact that the defendant’s employees did nothing to create or exacerbate the alleged hazard. Kabir v. Budhu, 143 A.D.3d 772, 773 (2d Dept. 2016); Martinez v. Khaimov, 74 A.D.3d 1031, 1033 (2d Dept. 2010).

For example, plaintiffs frequently allege that the defendant’s employees created a hazardous condition by piling snow near the sidewalk, which then melts and re-freezes overnight, resulting in ice on the walking surface. As noted above, it is not enough for a defendant to submit “custom and practice” evidence stating this did not occur. Instead, the defendant must affirmatively prove its employees did nothing to pile snow in such a way that ice resulted on the sidewalk. Again, written records (and ideally, photographs) could be invaluable for this purpose.

The “Storm in Progress” Defense

Defendants are also well advised to cite the “storm in progress” defense whenever a plaintiff’s accident occurs during ongoing precipitation. Under this doctrine, “a property owner will not be held liable in negligence for a plaintiff’s injuries sustained as a result of an icy condition occurring during an ongoing storm or for a reasonable time thereafter.” Solazzo v. New York City Tr. Auth., 6 N.Y.3d 734, 735 (2005); see also, Sherman v. New York State Thruway Auth., 27 N.Y.3d 1019, 1021 (2016); Espinell v. Dickson, 57 A.D.3d 252, 253 (1st Dept. 2008)(“it is settled that the duty of a landowner to take reasonable measures to remedy a dangerous condition caused by a storm is suspended while the storm is in progress, and does not commence until a reasonable time after the storm has ended’ … [a] reasonable time is that period within which the [landowner] should have taken notice of the icy condition and, in the exercise of reasonable care, remedied it by clearing the sidewalk or otherwise eliminating the danger’”)(citations omitted); Dumela-Felix v. FGP W. St., LLC, 135 A.D.3d 809, 810 (2d Dept. 2016).

Again, however, even if the defendant can prove the plaintiff fell during a “storm in progress” (based on evidence such as weather records, witness testimony or a meteorologist report), plaintiffs often try to argue the defendant “created or exacerbated” a hazardous condition, for example, by removing the top layer of snow, thereby exposing a layer of old snow or ice underneath, which pre-dated the “storm in progress.” Torella v. Benderson Development Company, Inc., 307 A.D.2d 727 (4th Dept. 2003). Thus, a defendant moving for summary judgment based on the “storm in progress” defense should take care to address this possibility during the course of discovery and investigation, ideally with the goal of establishing that the plaintiff fell on material that accumulated during the ongoing storm, as opposed to an earlier snowfall.

Defendants in New York City should also be aware of NYC Administrative Code § 16-123, which provides a grace period for § 7-210 liability. The grace period extends for four hours after precipitation stops, and excluding the hours from 9:00 p.m. to 7:00 a.m., during which a defendant’s obligation to clear snow and ice from a sidewalk is suspended. The intent of the statute was to provide a grace period for property owners who cannot reasonably be expected to clear snow and ice that accumulates overnight. Under the statute, a defendant can meet its prima facie burden of entitlement to summary judgment with evidence that the plaintiff’s accident occurred as a result of precipitation that accumulated during the grace period. Notably, the grace period extends to 11:00 a.m. if the precipitation occurred overnight. Schron v. Jean’s Fine Wine & Spirits, Inc., 114 A.D.3d 659, 660 (2d Dept. 2014)(owner had until 11:00 a.m. to remove snow and ice where precipitation stopped at 5:00 a.m. because “[p]ursuant to Administrative Code § 16-123 (a), owners of abutting properties have four hours from the time the precipitation ceases, excluding the hours between 9:00 p.m. and 7:00 a.m., to clear ice and snow from the sidewalk”); Brandon v. Hallivis, 67 A.D.3d 618, 619 (2d Dept. 2009). Even if § 16-123 applies, however, the defendant must still take care to rule out, with evidence in admissible form, that its employees did nothing to create or exacerbate the allegedly hazardous condition, such as black ice forming overnight as a result of melting and re-freezing piles of snow placed near sidewalks.

These are just some of the key issues that defendant property owners should be aware of as the cold weather nears. If you have any questions about these or any other matters, please do not hesitate to contact the authors of this alert. Visit our General Liability Practice page for more alerts in this area.

*A version of this alert was originally published as an Expert Analysis article for Law360.