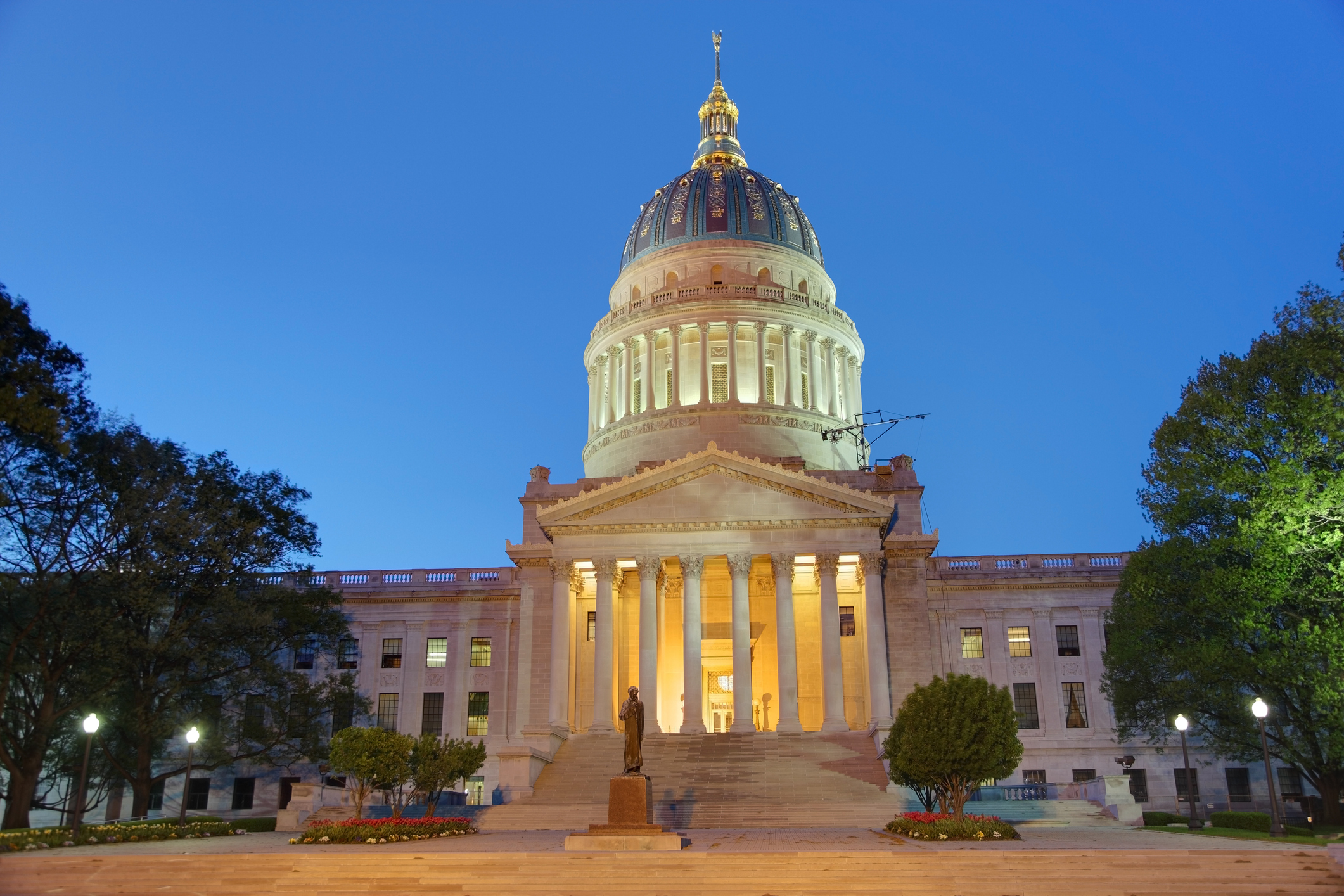 Charleston, W.Va. (January 19, 2023) - There were several important changes to labor and employment law in West Virginia in 2022. This alert reviews the key legislative and judicial developments that will impact employers in the Mountain State.

The Intermediate Court of Appeals

The 2022 West Virginia legislative session saw a number of changes in the laws for companies across the state. The main focus of the legislature seemed to be changes to the tax code, including several tax credits aimed at boosting economic development in West Virginia. Showing signs of moving past the COVID-19 pandemic, there was a noticeable lack of bills related to the coronavirus that either imposed restrictions or safeguards for employers.

Here are some of the highlights for employers from the 2022 legislative session that could affect how business is done in West Virginia heading into 2023.

Coal mining used to be one of the dominant industries in the West Virginia, but shifts to alternative energy and stricter environmental regulatory policies has placed coal in decline. Senate Bill 1 is intended to provide relief to struggling coal companies while easing the burden on the state in reclamation projects by establishing the Mining Mutual Insurance Company. The purpose of the bill is to insure and cover mine reclamation performance bonds to make sure companies reclaim properties and alleviate costs on the state from mining companies who cannot cover their bonds due to financial hardships.

The new law establishes a board of directors for the Mining Mutual Insurance Company, the process for appointment of the board members, and the length of terms they shall serve in their respective positions. The bill also establishes a $50 million fund transferred from the West Virginia Department of Environmental Protection to get the company off the ground.

This senate bill modified the corporate veil piercing analysis the West Virginia Supreme Court adopted in Joseph Kubican v. The Tavern, LLC, 232 W.Va. 268, 752 S.E.2d 299 8 (2013) regarding certain claims against limited liability companies. The bill ensures that the debts, obligations, and liabilities of an LLC are solely those of the company, and protects members from being liable for the debts, obligations, and liabilities of the LLC.

The bill provides exceptions to the above rule such as if the member agrees to take on liability by consenting through a written provision in the articles of organization, tax liability to the state, fraud, or if the member commits a tort.

SB 6 also allows the corporate veil piercing analysis regarding members or managers to take place under Kubican if the company is not adequately capitalized for reasonable risks of the corporate undertaking and if the company fails to carry liability insurance coverage for the primary risks of the business, with minimum limits of $100,000 liability insurance, or such higher amount as may be specifically required by law.

Effective June 10, 2022, this bill put into place new sections under W. Va. Code §11-2-97 and §11-24-44. Under the new law, employers can claim a tax credit against state corporate net income tax and the state personal income tax for expenditures related to the establishment and operation of employer provided or sponsored childcare facilities.

HB 4336- Providing for the valuation of natural resources property

Companies involved in the energy production industry in West Virginia will want to review House Bill 4336, which went into effect on June 9, 2022. The bill amends the state’s tax code to provide a revised methodology to value property producing oil, natural gas, and natural gas liquids. Starting after July 1, 2022, the tax formula will take into account annual gross receipts as well as actual annual operating expenses before running applying the models for taxation purposes.

The West Virginia Supreme Court of Appeals continued its previous conservative track record by issuing a number of employer-friendly decisions over the course of 2022. With the addition of Justice Haley Bunn, appointed by Governor Justice in April of this year, it is expected that employers will continue to see favorable results. Justice Bunn was an Assistant U.S. Attorney for several years before working in a defense-oriented private practice in the years leading up to her appointment.

In Pajak v. Under Armour, Inc., 873 S.E.2d 918, 923-24 (W. Va. 2022), the West Virginia Supreme Court of Appeals closed an arguable loophole in the West Virginia Human Rights Act to prevent organizations who do not meet the definition of “employer” from being subject to the Act’s provisions as a “person.” The plaintiff-employee sued Under Armour for violations of the Human Rights Act, including sex discrimination. Under Armour argued for dismissal of the plaintiff’s discrimination claim on the basis that it was not an “employer” under the Act because it did not have 12 or more employees within the state. The lower court granted a partial dismissal but certified the question to the Supreme Court of Appeals. After a somewhat tortured analysis of the statutory language, the court concluded that to hold employers who do not qualify as “employers” liable as “persons” would contravene the legislature’s intent. Thus, an organization being sued in its capacity as an employer must qualify as an “employer” for the provisions of the Human Rights Act (such as the award of attorneys’ fees) to apply. The court reiterated, however, that common law claims for “wrongful discharge” remain viable in West Virginia for individuals who cannot claim the protections of the Act.

In Fairmont Tool, Inc. v. Opyoke, No. 20-1042, 2022 W. Va. LEXIS 455 (June 9, 2022), the West Virginia Supreme Court of Appeals reversed the trial court’s denial of an employer’s renewed motion for judgment as a matter of law following the close of all evidence at trial in a case involving FMLA leave. In this case, the plaintiff claimed he had to delay his cancer treatment as he was not provided accurate or timely information regarding his FMLA rights by his employer, despite his numerous requests for “FMLA papers.” Despite the near “death sentence” that the plaintiff attributed to the interference with his cancer treatment, the court found that the plaintiff had not shown sufficient proof of prejudice resulting from the alleged FMLA violation. Citing to the FMLA statute, the court held that prejudice was limited to those circumstances wherein “an employee [inter alia] loses compensation or benefits 'by reason of the violation’ [of FMLA].” (Emphasis in original). Per the court, the plaintiff had failed to present any evidence to the jury demonstrating that he lost compensation or benefits by reason of his employer’s “technical violation of the FMLA.” The court further held that the plaintiff’s “blanket assertion that he ‘would not have structured his leave in the same way had notice been provided,’ without more, was simply insufficient to prove the required element of harm at trial.” J. Wooten, dissenting, questioned “what more ‘prejudice’ could be required.”

In Keener v. Clay County Dev. Corp., 2022 W. Va. LEXIS 684 (Nov. 3, 2022), the West Virginia Supreme Court of Appeals affirmed the lower court’s entry of summary judgment in favor of an employer in a case addressing the definition of “ancestry” as a protected status under the West Virginia Human Rights Acts. The plaintiffs in this case sought to assert a claim for ancestral discrimination following their termination from employment. The plaintiffs’ sister had garnered national media attention when she was terminated from the same agency for posting Facebook comments praising Melania Trump as a “dignified” First Lady and referring to Michelle Obama as an “ape in heels.” Following their sister’s termination, the agency opened an internal investigation, which revealed that it was facing a serious financial crisis. The plaintiffs, the two highest paid employees, were thereafter terminated and their duties subsumed by existing employees. The plaintiffs claimed that they were terminated as a result of discrimination based upon their relation to their sister, and asserted an ancestral discrimination claim under the West Virginia Human Rights Act, which was rejected by the lower court. On appeal, the Supreme Court of Appeals held that for purposes of the West Virginia Human Rights Act, ancestral discrimination means “discrimination based on some characteristic like race, ethnicity, or national origin that is passed down by lineal descendants.” The court distinguished this from the plaintiffs’ claims, which derived from familial affiliation. As familial status was not expressly covered by the Act and did not rise to the level of “ancestral discrimination,” summary judgment in favor of the employer was affirmed.

For more information on these laws or cases, contact the authors of this post. Visit our Labor & Employment Practice page for additional alerts in this area.