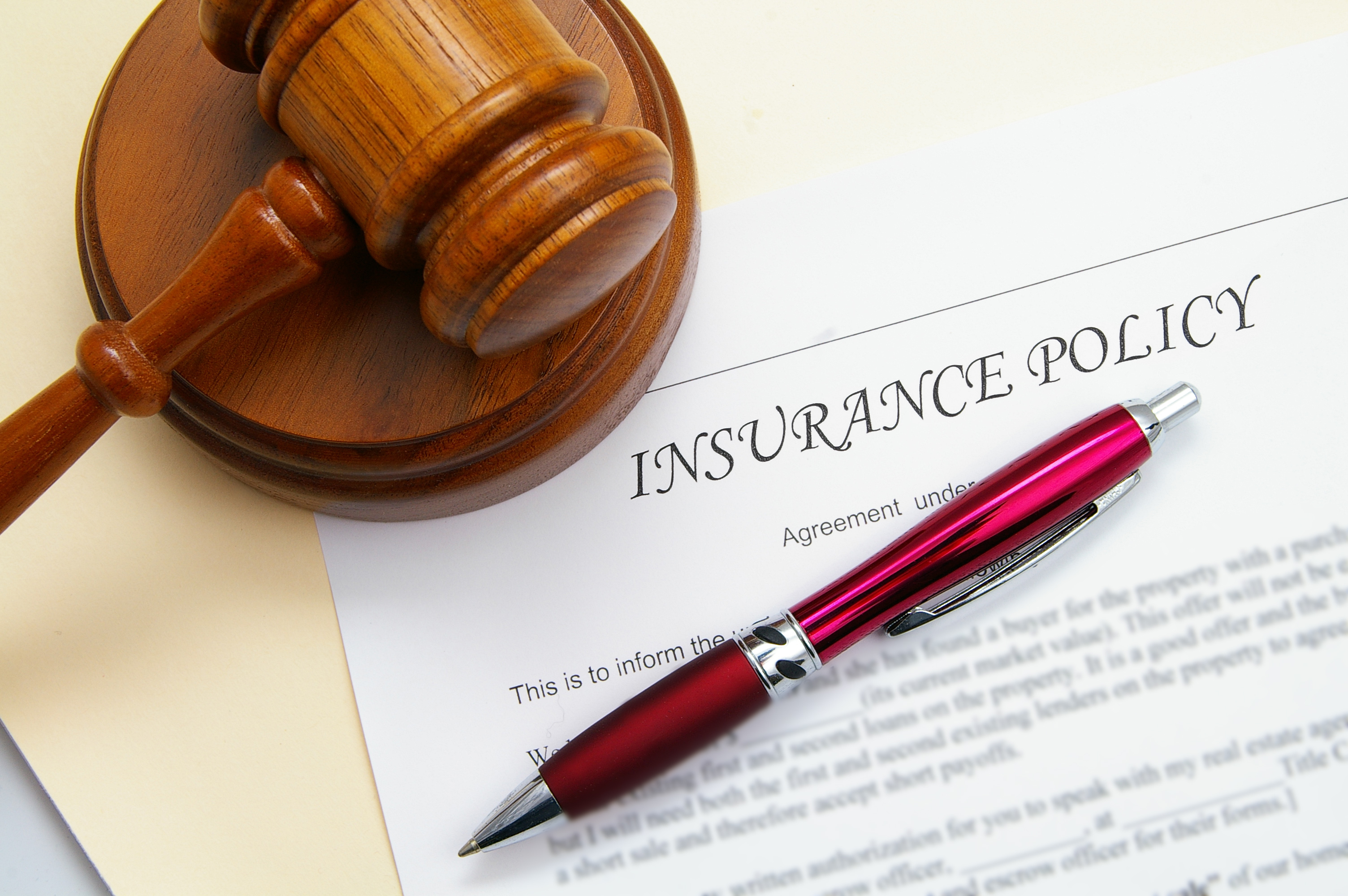 (Insurer, Which Issued Annuities to Elderly Plaintiff on Applications Submitted by a Life Agent Under Insurance Code Section 1704.5, Was Liable for Agent’s Wrongful Actions in Procuring Unsuitable Annuities, Including Liability for Elder Abuse)

(April 2022) - In Williams v. National Western Life Ins. Co. (Mar. 4, 2022, No. C090436) ___Cal.App.5th___ [2022 Cal. App. LEXIS 183], the California Third District Court of Appeal affirmed a jury verdict finding National Western Life Insurance Company (“NWL”) liable for negligence and financial elder abuse based on the wrongful acts of a soliciting agent but reversed the award of punitive damages. After his wife died, an elderly man, Barney Williams, inquired with an organization called American Family Legal Services in 2016 about making changes to his living trust. A representative from the company, Victor Pantaleoni, who identified himself as a “paralegal,” scheduled a meeting at Williams’ home. Pantaleoni’s business card with American Family Legal Services identified him as a “CSA” and “Managing Partner/Paralegal” with the company, and included insurance license numbers for California, Arizona, and Nevada, but nowhere specified that he sold insurance. In response to Williams’ request to amend the Trust, Pantaleoni proceeded to shepherd Williams into purchasing an annuity, a form of life insurance, from NWL.

After Pantaleoni delivered the annuity, Williams decided he did not want it and returned it to NWL during a 30-day free look period. Two weeks later Pantaleoni returned with more blank documents for Williams to sign, including documents that retracted the cancellation of the annuity. When NWL declined to refund the premium, Williams sought the assistance of a financial advisor who wrote to NWL to cancel the annuity. Because the 30-day free look period had passed, NWL refunded the premium but charged a surrender penalty.

Pantaleoni's actions concerning the annuity included: (1) misrepresenting on NWL's suitability questionnaire that Williams' annual income was $24,000 when Williams told Pantaleoni it was $16,000; and (2) misrepresenting on the questionnaire that Williams' net worth after purchasing the annuity was $50,000 to $99,000 and liquid net worth was $120,000, when Williams had approximately $80,000 invested with a broker but only $114,000 in the bank and Pantaleoni had facilitated Williams' signing a check for $100,000 drawn on his bank funds to purchase the annuity.

In a previous opinion, the Third District reversed the judgment, concluding that Pantaleoni was an independent agent who sold annuities for multiple insurance companies and had no authority to bind NWL, and that Pantaleoni was an agent for Williams, not NWL (Williams v. National Western Life Ins. Co. (2021) 65 Cal.App.5th 436, 436 [279 Cal.Rptr.3d 620].) In the previous opinion, the courts held that Pantaleoni was an independent agent who functioned as an insurance broker under Insurance Code, section 33, not as NWL’s agent under Insurance Code, section 31. Pantaleoni therefore acted as Williams’ agent in the purchase of the annuity. The court also held that NWL has no obligation to investigate the Williams’ answers to the suitability questionnaire. Last, the court previously held that the elder financial abuse claim failed because the plaintiff had not provided evidence that NWL knew or should have known of any fraudulent conduct committed by Pantaleoni.

Nowhere did the Third District’s previous opinion cite or discuss Insurance Code section 1704.5, which states that if a policy of life insurance is issued pursuant to an application submitted by a licensed life agent, “the insurer is responsible for all actions of the agent that relate to the application and policy as if the agent had been duly appointed for the insurer,” whether or not the insurer specifically appointed the agent.

Williams petitioned the California Supreme Court, which granted the petition and held:

The matter is transferred to the Court of Appeal, Third Appellate District, with directions to vacate its decision and reconsider its finding that Pantaleoni did not have an agency relationship with National Western Life Insurance Company in light of Insurance Code sections 32, 101, 1662, 1704 and 1704.5 and O'Riordan v. Federal Kemper Life Assurance Company (2005) 36 Cal.4th 281, 288 [30 Cal. Rptr. 3d 507, 114 P.3d 753]. (See also Ins. Code, §§ 31 (“‘Insurance agent’ means a person authorized, by and on behalf of an insurer, to transact all classes of insurance other than life, disability, or health insurance, on behalf of an admitted insurance company” (emphasis added)], 33 [“‘Insurance broker’ means a person who, for compensation and on behalf of another person, transacts insurance other than life, disability, or health with, but not on behalf of, an insurer” (emphasis added)].) (Cal. Rules of Court, rule 8.528(d).)

Section 101 provides: “Life insurance includes insurance upon the lives of persons or appertaining thereto, and the granting, purchasing, or disposing of annuities.”

On remand, the court summarized the trial witness testimony at great length. The evidence showed that NWL appointed Pantaleoni as an agent in 2005, 2009, and 2013 in Arizona, California, and Nevada. Pantaleoni testified that he had life insurance agent appointments from multiple insurance carriers.

After reviewing the evidence, the Third District Court of Appeal held that Pantaleoni was NWL's authorized agent under section 1704.5 because NWL issued two annuities, a form of life insurance policy, to Williams on applications submitted by Pantaleoni. Section 1704.5 therefore made NWL “responsible for all actions of the agent that relate to the application and policy as if the agent had been duly appointed for the insurer.’” (Ins. Code § 1704.5, subd. (a).)

In response, the Third District held: “NWL misses the point of section 1704.5, which treats an agent selling life insurance differently from agents selling other classes of insurance.”

NWL further contended the evidence showed Pantaleoni was acting outside the scope of his agency for NWL when he sold an annuity to Williams, and therefore NWL cannot be held liable for Pantaleoni's negligent conduct, citing Pantaleoni's agreement with NWL, which “expressly prohibited the sales tactics Pantaleoni employed with Williams.” NWL contended Pantaleoni also failed to follow NWL's many compliance bulletins that he received relating to California laws and regulations. NWL cited evidence presented at trial that Pantaleoni violated both California law and his contract with NWL.

Missing from this list are the critical facts that Pantaleoni filled out the suitability questionnaires for Williams that overstated his annual income and grossly overstated his net worth and liquid net worth after purchasing the annuity. Under section 1704.5, NWL is responsible for these actions and charged with Pantaleoni's knowledge that these figures were false and that the true state of affairs was that the annuities were unsuitable for Williams. Thus, NWL is responsible for its agent's actions in procuring an unsuitable annuity.

Moreover, assuming Pantaleoni exceeded his authority in some or any of his actions, there is no evidence that Williams knew or had notice that Pantaleoni had breached his contract with NWL or failed to follow NWL's compliance bulletins. Absent notice to the insured, an insurer is liable for the acts of an agent that are within the ordinary scope and limits of the insurance business entrusted to the agent, even if they are in violation of private instructions and restrictions on the agent's authority. [citations] NWL appointed Pantaleoni to procure applications and deliver insurance policies, which was what he did in Williams's case. The actions that NWL asserts breached Pantaleoni's contract with NWL and violated the company's compliance bulletins occurred in the course and scope of Pantaleoni procuring annuity applications from Williams and delivering policies to him that NWL issued.

The court further held that since, under section 1704.5, “NWL is charged with knowledge of what Pantaleoni knew—i.e., that Pantaleoni employed deceptive methods to sell Williams unsuitable annuities—NWL committed financial elder abuse in accepting $100,000 from Williams to purchase the annuity and in charging him a $14,949.91 surrender penalty.”

Without publishing its analysis, the court reversed the punitive damages award and remanded the case to the trial court to reconsider the attorneys’ fee award in light of the reversal.