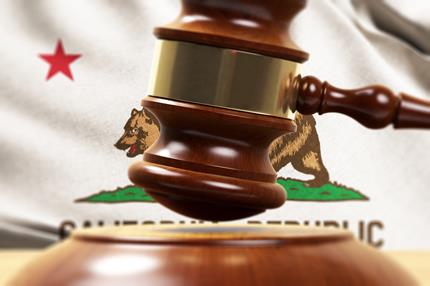 In 2015, the Sonoma Land Trust (“SLT”) sued the Thompsons and their LLC for violating a conservation easement by, among other things, removing an oak tree from and depositing dredged pond sediment on the easement parcel, and then allegedly causing further alleged damage when attempting to restore the easement parcel in response to SLT’s demand. The LLC tendered to Burlington Insurance Company, which declined to defend, after which the LLC sued Burlington in federal court for a declaration that SLT’s action alleged an “occurrence” under the Burlington CGL policy (“Burlington Action”). In January 2018, the court granted summary judgment to Burlington. In response to the LLC’s argument that it did not intend to cause damage when attempting to restore the easement parcel, the Burlington court held that “[t]he term ‘accident’ does not apply where an intentional act resulted in unintended harm.” Henstooth Ranch LLC v. Burlington Ins. Co., 293 F. Supp. 3d 1067, 1074 (N.D. Cal. 2018). The LLC appealed to the Ninth Circuit, which affirmed in May 2019. Henstooth Ranch, LLC v. Burlington Ins. Co., 770 F. App’x 804, 805 (9th Cir. 2019).

In January 2019, the court in the SLT action found the Thompson had intentionally violated the easement and awarded nearly $600,000 in damages.

After the Ninth Circuit affirmed in the Burlington Action, the Thompsons agent tendered the SLT action to Crestbrook and Nationwide. Each declined to defend, causing the Thompsons to file the subject suit in Marin County Superior Court. Subsequent cross-motions for summary judgment turned on collateral estoppel and the California Supreme Court’s June 2018 decision in Liberty Surplus Ins. Corp. v. Ledesma & Meyer Constr. Co., 5 Cal. 5th 216, 223, 233 Cal. Rptr. 3d 487, 491, 418 P.3d 400, 404 (2018), which held that negligent hiring/supervision is an “accident” for insurance purposes. Rather than apply collateral estoppel, the trial court made an “independent determination.” In granting summary judgment to the insurers, the trial court held that Ledesma did not apply since the Thompsons did not obtain SLT’s approval before hiring contractors to do the restoration work. The Thompsons appealed.