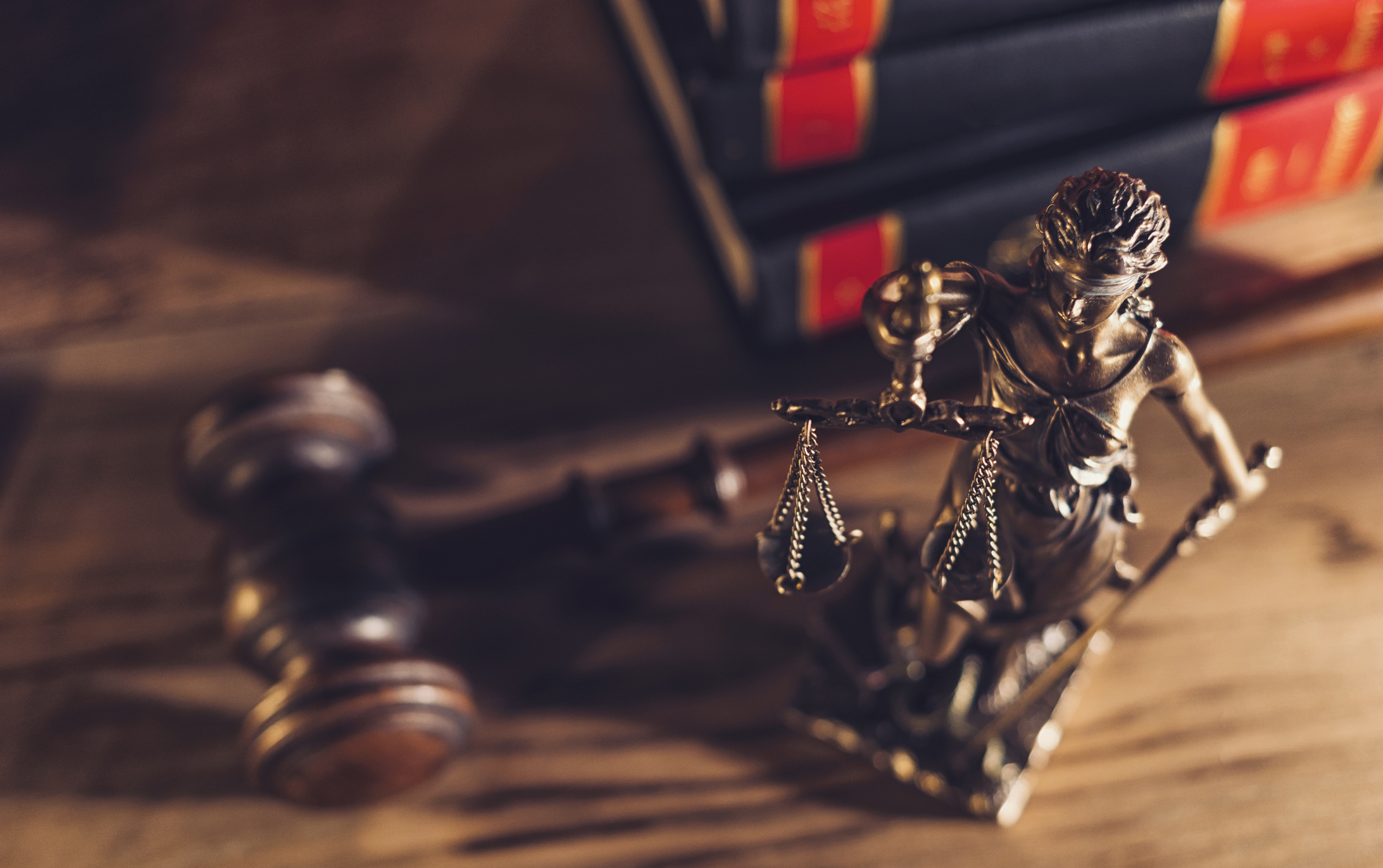 (October 2021) - In Hedayati v. Interinsurance Exchange of The Automobile Club, 67 Cal.App.5th 833 (August 11, 2021), the California Fourth District of Appeal reversed a summary judgment in favor of the Interinsurance Exchange of The Automobile Club (“Auto Club” or the “Club”) based on questions of fact related to whether the Auto Club acted reasonably in responding to a demand for policy limits which included certain conditions necessary for settlement. The parties’ dispute arose out of an accident, wherein the Club’s insured, Maurice Vanwyk, struck Maryam Hedayati as she walked across a crosswalk. The accident occurred because Vanwyk ran a red light. As a result of the accident, Hedayati sustained a severed leg and multiple broken bones and was left in a coma.

Vanwyk reported the accident to the Club the day after the accident on October 2, 2012. On the same day, Vanwyk was personally interviewed by a Club mobile adjuster. Vanwyk provided the adjuster with a signed permission document to release policy limits so that the Club could move quickly to settle the Hedayati claim. The adjuster also explained to Vanwyk that the accident presented exposure in excess of his policy limits of $25,000. The adjuster’s notes disclosed that Vanwyk had no other insurance or personal assets and lived with his parents. After reviewing the adjuster’s report, an Auto Club manager, advised that it “would appear that our $25K limit is gone.”

On October 30, 2012, the Auto Club adjustor met with Vanwyk and prepared a declaration for him to sign attesting that he was not in the scope of his work and had no other insurance. Thereafter, the adjustor prepared a letter to Hedayati’s attorney including the declaration and attaching the policy declaration page as proof of policy limits. This letter was never sent to Hedayati’s attorney. Instead, on October 31, 2012, the adjustor sent a letter purporting to confirm a prior settlement offer and tendering the Auto Club policy limits. However, Auto Club never provided Hedayati’s attorney with proof of insurance, a declaration establishing that Vanwyk had no other insurance and was not in the course and scope of employment at the time of the accident.

On November 20, 2012, Hedayati’s attorney sent a settlement demand letter to Auto Club for policy limits and satisfaction of the conditions related to proof of insurance, scope of employment and no other assets or insurance. The letter stated that the offer would expire in seven (7) days and that there must be strict compliance with the conditions. Auto Club failed to respond to the demand and, instead, the adjustor contacted Hedayati’s attorney on November 28, 2012 asking for an extension to respond to the demand. Such request was denied as the offer had expired the day before. There was no explanation by Auto Club why it took eight (8) days for the letter to be delivered to the adjustor, other than the offer was sent during the week of Thanksgiving. The offer was also never provided to Vanwyk for his consideration. Subsequent discovery in the bad faith lawsuit established that Auto Club violated its own internal guidelines for excess policy limits claims handling in connection with the Hedayati claim.

In reversing the trial court’s judgment, the Court of Appeal held that there were questions of fact relative to whether Auto Club acted reasonably under the circumstances. The Court of Appeal noted that Auto Club never communicated the policy limits demand letter of November 20, 2012 to its insured Vanwyk, so as to afford him the opportunity to respond to the conditions set forth in the letter. In effect, Auto Club breached the duty to communicate with its insured, even though the insured was personally at risk for an excess exposure claim.

The Court of Appeal summarized the issues of fact related to whether Auto Club acted reasonably in handling the Hedayati claim as follows:

Auto Club learned from Vanwyk during its very first contact with him that he was "unemployed and living with his parents," had no other insurance, did "not own anything" and had no assets, including "no real property." As if that did not make his circumstances clear enough, Vanwyk later expressly communicated to Auto Club his interest in obtaining a release against excess liability. The prospect of a liability finding in excess of Vanwyk's policy limits seems to have been abundantly clear from the outset, as Auto Club recognized in writing almost from day one even if Vanwyk bore only a "percentage of liability." Indeed, Auto Club's own investigation revealed the likelihood that the value of Hedayati's claim would far exceed Vanwyk's policy limits when he admitted that eyewitnesses told him he ran a red light. Auto Club prevented Vanwyk from further pressing for a release by inaccurately telling him Hedayati was not interested in signing one. Auto Club then failed to convey Hedayati 's settlement offer to Vanwyk.

Auto Club acknowledged during the depositions of its agents that it was aware of the types of information claimants require before agreeing to settle a catastrophic injury claim like Hedayati's for Vanwyk's meager policy limits. That information included written proof of the policy limits, and declarations by the insured that there was no other insurance or recourse available. Yet, by the date it received Hedayati’s formal settlement offer, Auto Club had never disclosed any of this information-despite repeated requests from Hedayati's lawyer and Vanwyk's specific authorization which included relevant declarations he had already signed at Auto Club's behest.

A trier of fact could conclude Hedayati 's lawyer reasonably concluded that nothing might focus Auto Club's attention to provide necessary disclosures like a short settlement deadline. So he made a seven-day demand. Here, whether a seven-day demand was reasonable is for the trier of fact to determine; a short time limit attached to a settlement demand may or may not be reasonable under the circumstances of a given case. (Graciano v. Mercury General Corp. (2014) 231 Cal.App.4th 414, 42 (Graciano).) Auto Club already had in its possession all but one piece of information requested by Hedayati. The only thing missing was Vanwyk's attestation that he had less than $200,000 in assets-a fact Auto Club already knew based on Vanwyk's earlier statement which was documented in the Club's claims notes.

A jury could conceivably find the foregoing principles applicable based on the explanation Auto Club offered at summary judgment for not accepting Hedayati's time-sensitive settlement offer. Auto Club presented evidence to the trial court in support of its summary judgment motion that suggested the person responsible for retrieving express mail packages from the security desk to which they were delivered called in sick on the Wednesday before Thanksgiving. Auto Club's internal documentation showed it maintained ''no list" of this person's responsibilities for those covering for her to execute and that "none of the clerical staff remembered to call/visit security" until Tuesday, November 27th. That day, someone at Auto Club finally "remembered to check" for express mail, retrieved Hedayati's envelope, and left it for Meraz, the casualty team manager, who "had been here earlier in the day" but apparently went to a dental appointment that afternoon. Thus, he "did not see the package until the next morning," Wednesday, November 28th. This was a week after the offer had been delivered and the day after Auto Club's opportunity to accept it for its insured's benefit expired. Perhaps a jury will find such evidence persuasive.

On the other hand, Auto Club presented no evidence to demonstrate any sort of extraordinary circumstance or emergency was responsible for Auto Club's failure to accept Hedayati's offer by the November 27 deadline and, as we have already observed, Auto Club failed to follow its own internal guidelines regarding the handling of an excess policy claim such as this. A jury might therefore conclude it was not a "mere error" or otherwise excusable conduct that created the insurer's lost opportunity to settle the matter within Vanwyk's policy limits. The trier of fact could instead conclude that Auto Club's established procedure-or lack thereof-for handling employee absences and fielding time sensitive settlement offers unreasonably exposed its insured to an excess judgment. In this regard, the jury could consider the fact that Auto Club apparently maintained no processing safeguards to ensure that it addressed serious claims on a timely basis.