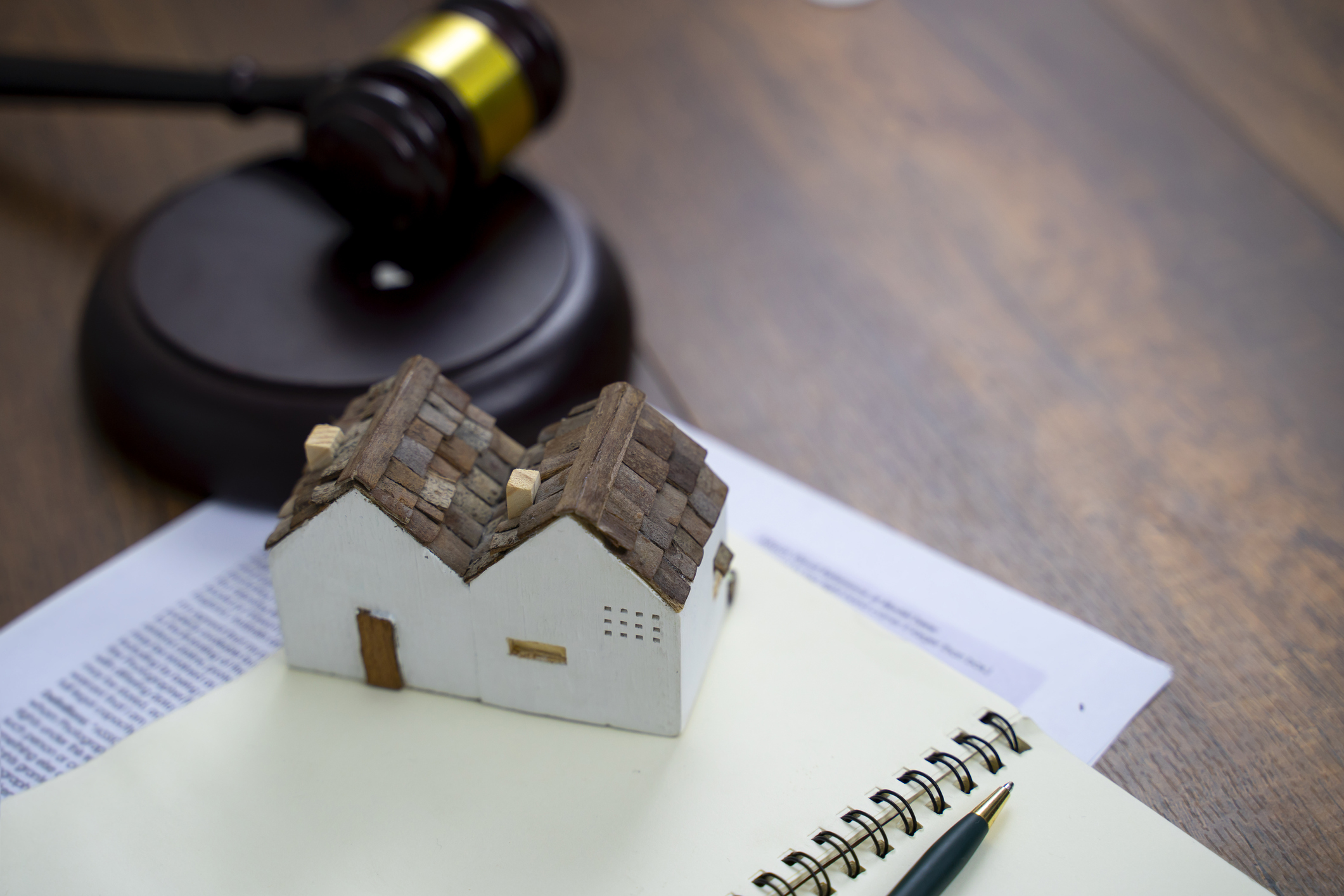 (July 2022) - In Ghukasian v. Aegis Security Insurance Co., 78 Cal.App.5th 270 (May 5, 2022), the California Second District Court of Appeal affirmed the trial court’s entry of summary judgment in favor of Aegis Security Insurance Company (“Aegis”) against insured Maryam Ghukasian (“Ghukasian”) in finding that Aegis was not obligated to defend Ghukasian against a lawsuit filed by a neighboring property owner for damaging the owner’s property due to the intentional grading and clearing of the property by Ghukasian. Ghukasian thought she owned the property that was cleared. However, the property was owned by the adjoining neighbor.

Ghukasian purchased a homeowner’s policy from Aegis for the period of June 13, 2018 to June 13, 2019. In August 2018, she hired contractors to level land and clear trees on land she understood to be part of her property. Such land was not owned by Ghukasian. Rather, it was owned by Ghukasian’s neighbors, Vrej and George Aintablian (the “neighbors”). In February 2019, the neighbors filed a complaint against Ghukasian alleging causes of action for negligence and trespass in connection with the clearing of their property by Ghukasian. Ghukasian tendered the defense of the neighbors’ action to Aegis. Subsequently, Aegis denied such tender based primarily on the conclusion that the complaint did not allege facts involving a potential “occurrence” on the part of Ghukasian. Aegis advised that the clearing of the neighbors’ property was intentional and therefore did not involve an “accident” as that term was used in the definition of “occurrence” in the Aegis policy. Subsequently, Ghukasian filed a complaint for breach of contract, declaratory relief, and bad faith against Aegis. In response, Aegis filed a motion for summary judgment, arguing that the neighbors’ complaint did not allege facts implicating a potential “occurrence” as defined in the Aegis policy. The trial court agreed with Aegis and entered judgment against Ghukasian.

This policy provides coverage if a “suit is brought against Ghukasian for damages because of . . . property damage caused by an occurrence to which this coverage applies.” An “occurrence” is defined in turn as “an accident, including continuous or repeated exposure to substantially the same general harmful conditions, which results during the policy period in . . . [p]roperty damage.”

In affirming the trial court’s decision, the Court of Appeal found as follows:

Like the situations in Albert and Fire Exchange, the complaint in the underlying action alleges harm from Ghukasian’s intentional conduct. The leveling of land and cutting of trees were not unexpected or unforeseen events. (See Merced Mutual Ins. Co. v. Mendez, supra. 213 Cal.App.3d at p. 50) [(Merced) accident . . . is never present when the insured performs a deliberate act unless some additional, unexpected, independent, and unforeseen happening occurs that produces the damage.”]; see also Delgado v. Interinsurance Exchange of Automobile Club of Southern California (2009) 47 Cal.4th 302, 308 (97 Cal. Rptr. 3d 298. 211 P.3d 1083) In the context of liability insurance, an accident is “an unexpected, unforeseen, undesigned happening or consequence from either a known or an unknown cause.” To the contrary, it is undisputed Ghukasian specifically instructed her contractor to level certain land and cut trees, which is exactly what was done. Ghukasian’s mistaken belief about the boundaries of her property is irrelevant to determining whether the conduct itself-leveling land and cutting trees-was intentional. (See Albert, supra. 236 Cal.App.4th at p. 1291.)

The Court of Appeal also rejected Ghukasian’s argument that the California Supreme Court’s holding in Liberty Surplus Ins. Corp. v. Ledesma & Meyer Construction Co. (2018) 5 Cal.5th 216 required the trial court to find that the neighbor’s complaint alleged a potential “occurrence” based on the cause of action for negligence alleged in the complaint. The Court of Appeal reasoned as follows:

In Liberty Surplus, the United States Court of Appeals for. the Ninth Circuit certified the following question to the California Supreme Court: “When a third party sues an employer for the negligent hiring, retention, and supervision of an employee who intentionally injured that third party, does the suit allege an ‘occurrence’ under the employer’s commercial general liability policy?” (Liberty Surplus, supra. 5 Cal.5th at p. 220.) The court concluded it can, absent an applicable exclusion. (Ibid.)

In summarizing the meaning of the term “accident” in a liability insurance policy, the Liberty Surplus court began by stating ‘“[t]he term “accident” is more comprehensive than the term “negligence” and thus includes negligence. [Citation].”’ (Liberty Surplus, supra. 5 Cal.5th at p. 221.) Because the causal sequence of events that led to the alleged injury began with the employer’s negligence in hiring the employee, the Liberty Surplus court concluded the employer’s alleged negligent hiring constituted an occurrence under the policy (i.e., an accident). (Id. at p. 225.) It explained the employee’s molestation of the third party “may be deemed an unexpected consequence of [the employer’s] independently tortious acts of negligence.” (Id. at p. 229.) By contrast, here Ghukasian’s intentional conduct (leveling land and cutting trees) was the immediate cause of the injury; there was no additional, independent act that produced the damage. Liberty Surplus is therefore distinguishable from the facts of this case. Moreover, Liberty Surplus contains no language indicating it intended to overrule prior case law holding intentional acts are not “accidents” merely because the insured did not intend to cause injury. To the contrary, it cited Merced’s definition of what constitutes an accident with approval, i.e., there is no accident when the insured performs a deliberate act ‘“unless some additional, unexpected, independent, and unforeseen happening occurs that produces the damage.”’ (Liberty Surplus, supra. 5 Cal.5th at p. 225, quoting Merced, supra, 213 Cal.App. 3d at p. 50 [italics added by Liberty Surplus court].)

We likewise reject Ghukasian’s contention that because the underlying action alleges a cause of action for negligence, the complaint alleges an “occurrence” under Liberty Surplus. “The scope of the duty [to defend] does not depend on the labels given to the causes of action . . . ; instead it rests on whether the alleged facts or known extrinsic facts reveal a possibility that the claim may be covered by the policy.” (Cunningham v. Universal Underwriters (2002) 98 Cal.App.4th 1141, 1148 [120 Cal. Rptr. 2d 162].) It is undisputed that both the trespass and negligence causes of action alleged the same facts: Ghukasian and her contractor entered the neighbors’ property without consent and made deep cuts into the hill and removed timber, trees, and underwood from the property. There are no allegations or evidence that the neighbors’ property was damaged by an accident (e.g., by inadvertently dropping equipment on the neighbors’ property). Thus, although the underlying action alleges a cause of action for negligence, the factual allegations reflect intentional acts.