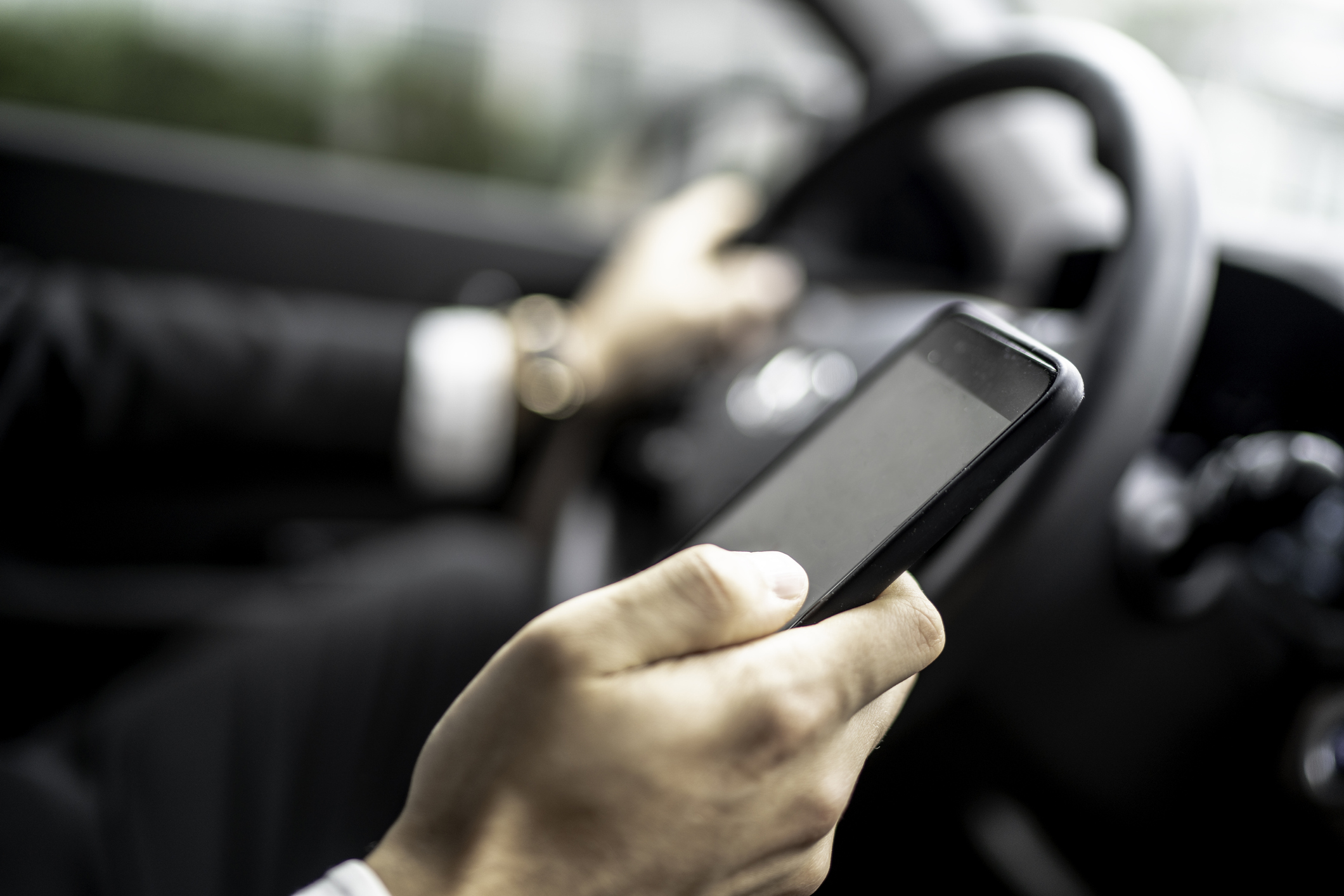 (May 2020) - We’ve all seen that distracted driver on the highway next to us, looking down at their phone and away from the road. Maybe they are answering an urgent e-mail, sending a quick text message, turning on a navigation system, or just changing the music. Maybe we are even guilty of doing it ourselves. Unfortunately, distracted driving is a real and increasing danger to the entire motoring public. More and more, we are adverse to a distracted driver in litigation. But how do you prove that an adverse party’s distraction caused or contributed to an accident? With the advancements in cell phones and passenger vehicle infotainment systems, understanding and obtaining the data stored on these systems is critical when litigating against an adverse distracted driver.

Why did you decide to study this field?

For me, the transition from my background as a mechanical engineer into digital forensics naturally followed the evolution of technology in our industry. Years ago, I began my training and research into event data recorders. Understanding the best practices of digital forensics allows me to keep pace with the advancements in electronic data. For instance, we have known that commercial motor vehicles have data recorded within the engine control modules. Now we are starting to see GPS data from fleet tracking services (i.e., DriveCam or Omnitracs) become helpful evidence in our investigations. The evolution of infotainment and telematics system data found in passenger vehicles is no different. Historically, we used data from the airbag control modules of passenger vehicles in our investigations. The introduction of “connected cars” gives us another potential source of data from the vehicle that might be helpful in determining how and, more importantly, why a crash may have happened.

What types of information can you retrieve from a vehicle’s infotainment system?

What data is available varies from vehicle to vehicle, and it may even vary from trim level to trim level. Generally, the more sophisticated upgrades a vehicle has, especially the radio and navigation systems, the more data it may record.

A vehicle’s infotainment system is often linked to one’s phone. People sync their phone to their vehicle to play media (music, audio books, podcasts, etc.), or to make calls and receive text messages. The vehicle may record that cell phone activity.

For vehicles equipped with navigation systems, the vehicle may record the movement of the vehicle in the form of a “tracklog.” I like to think of that as a breadcrumb trail of the vehicle as it was being driven.

The infotainment system may also record a variety of vehicle events, like gear shifts and the opening/closing of doors. This may come into play if a driver attempts to flee the scene, or if the occupants of a vehicle swap positions in the vehicle after a crash.

How can you use infotainment and telematics systems data when you reconstruct an accident?

As mentioned before, cell phones can be synced to the infotainment system in a vehicle. The vehicle is now capable of recording incoming/outgoing cell phone call and text message activity. Suppose the physical evidence indicates a driver failed to perform any evasive action or allowed their vehicle to depart its lane; the infotainment system data may contain evidence to prove the driver was inattentive and cell phone usage may have played a role in causing the crash.

How reliable is this data?

Through our testing, we found this data to be very reliable. We published our results in a peer-reviewed paper through the Society of Automotive Engineers. Other authors have published additional papers to establish the known error rate. This is helpful in allowing this evidence to be admissible.

What types of information can you now retrieve from a cell phone?

Obviously, the first thing we might be interested in are call logs and text message logs. An interesting caveat to that is some phones may record “device events.” Specifically, if a cell phone is being handled and it switches between landscape and portrait modes, some phones will record that change in orientation. Oftentimes, an incoming text message is a contentious issue in a case. A driver may contend that they may have received an incoming text message on their phone, but they didn’t read it. It may be possible to use these recorded orientation change events to determine whether or not the phone was physically handled after receiving an incoming text message. This could prove that the driver did, in fact, pick up their phone to read that message just prior to a crash.

Additionally, we can determine if someone was actively browsing the internet on their phone or using an application like Facebook or Instagram. Similar to the navigation tracklogs that may be recorded by the infotainment and telematics system of the vehicle, if a driver was using a navigation application like Waze on their phone, the location of the phone can be mapped, and the speed of the vehicle can be calculated.

How quickly do you need to retrieve the relevant data from a vehicle’s infotainment and telematics system after an accident?

The data retention for these systems is tricky. This will vary from vehicle to vehicle. It appears as though the data is stored in what is called “flash memory.” This is slightly different from the typical “first-in, first-out” systems in which the newest data replaces the oldest data in memory. Through our testing, we recovered data that was several years old, but some of the test runs were not recovered at all. I recommend that it is always best to take steps to preserve this data as early as you can in an investigation. Any subsequent vehicle activity may overwrite the data that you may be interested in recovering.

This article appeared in the Transportation Law Update May 2020 Newsletter.