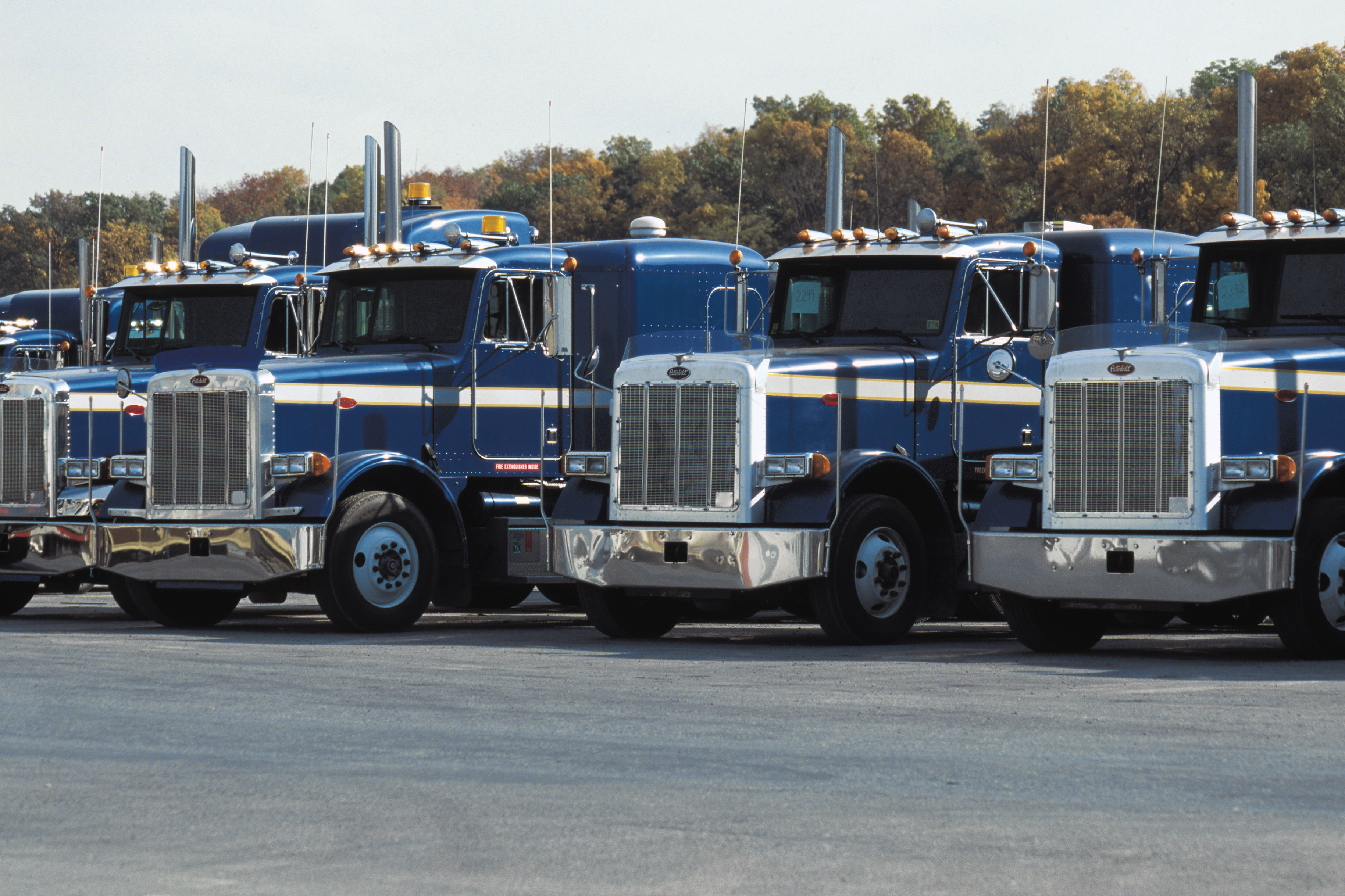 (October 2019) - An owner-operator is normally an independent driver that owns his or her own tractor(s) and solicits work from traditional carriers. Owner-operators are traditionally used for long-hauls, moving household goods, and intermodal freight. They are an essential element in the transportation industry to assist with cyclical demand.

Owner-operators will normally lease their equipment to the carriers, who are common contract for-hire freight carriers operating under the Federal Motor Carrier Safety Administration (FMCSA) 49 CFR Part 376 (Lease and Interchange of Vehicles).

The operational structure typically involves a “one man, one truck” approach where the owner-operator is an incorporated entity utilized by a fleet operator. The broker model requires the owner-operator to maintain its own operating authority.

The use of an owner-operator benefits the carrier in several ways, including a reduction in operating costs with an increase in the ability to react quickly to market demand. In addition, the owner-operator has a vested interest in maintaining safe operating practices and conditions.

The benefits to the owner-operator include the ability to build value in the business and equipment while owning and operating their own business. This, in turn, allows them more control over their workload and schedule. Also, the owner-operator enjoys the opportunity to develop a business that may ultimately allow a driver to advance their career and move up into a management role if they desire.

On the other hand, some of the potential pitfalls of using owner-operators include: 1) the potential for exposure to classification challenges (discussed below); 2) difficulty associated with confirming safety training that is equivalent to the carrier’s normal and best practices; 3) maintaining control over the quality and age of the equipment in use; and, 4) the inability to control and manage the operation in an economically prudent fashion.

Some of the common challenges surrounding the classification of owner/operators involve claims issues, legal issues, and regulatory issues.

From a Northwest perspective, the following is a brief discussion of some commons issues and a general discussion on the law from Washington, Oregon, and Alaska. Check your local jurisdictions for specific authority on any given topic.

In K-Mart Corp v. Claussing, 162 Or. App. 558, 986 P.2d 1185 (1999) an independent contractor was deemed an employee under the Oregon workers’ compensation test. The court held “f a person awards a contract involving the performance of labor where such labor is a normal and customary part or process of the person's trade or business, the person awarding the contract is responsible for providing workers’ compensation insurance coverage for all individuals, other than those exempt under ORS 656.027, who perform labor under the contract unless the person to whom the contract is awarded provides such coverage for those individuals before labor under the contract commences.”

In regards to unemployment compensation claims, the court ruled in Tachick Freight Lines v. State, 773 P.2d 451 (Alaska 1989) that drivers were employees under the statutory “ABC test.” Under the ABC test, a worker is only an independent contractor if they meet all three parts of the test: 1) the worker is free from the control and direction of the hirer in relation to the performance of the work, both under the contract and in fact; 2) the worker performs work that is outside the usual course of the hirer’s business; and, 3) the worker is customarily engaged in an independently established trade, occupation, or business of the same nature as the work performed for the hirer

The second factor of the ABC test essentially provides that one cannot hire someone to perform similar duties to that of one’s employees and expect them to be classified as an independent contractor. As such, an employer is significantly limited in the types of workers that can be hired as independent contractors.

Tort liability claims typically involve hotly contested area of disagreement. In Anderson v. PPCT Management Systems, Inc., 145 P.3d 503 (Alaska 2006) an entity was found liable for its independent contractor’s negligence where the entity exercised “some degree of control over the manner in which the work is done.” For wage and hours claims, the court adopted the “control test” in Bobich v. Stewart, 843 P.2d 1232 (Alaska 1992) and Perri v. Certified Languages Intern., LLC, 187 Or.App. 176, 66 P.3d 53 (Or.App. 2003).

This obviously presents a challenge to the carrier in determining how much control and direction to exert over the owner-operator.

For claims involving labor liability disputes, owner-operators have been found to be independent contractors. See Argix Direct, 343 NLRB 1017 (2004). However, in FedEx Home Delivery, 361 NLRB No. 55 (Sep. 30, 2014) the National Labor Relations Board (NLRB) created a more difficult independent contractor test where it found “independent” drivers were employees.

The court was looking at the question of who is an employee eligible to join a union. The NLRB established new rules and looked at eleven factors as detailed below. The Board also added in commentary that the weight it will choose to assign to each factor “will depend upon the factual circumstances of the particular case.” The eleven factors are:

Current Washington cases show that the Employment Security Department is politically motivated to collect taxes by classifying owner-operators as employees so it may assess unemployment compensation taxes. Workers’ compensation departments are also seeking insurance premiums. The governmental agencies attempt to argue that the only way owner-operators are not employees is if they operate under their own federal operating authority while ignoring the fact that they must operate under the federal operating authority per 49 CFR Part 376.

In the Dep’t of Labor & Industries v. Mitchell Bros. Truck Line, Inc., 113 Wn. App. 700 (2002) the case raised the question of whether employers are required to pay workers’ compensation taxes for its owner-operators. The court held an owner-operator who leases a truck from a common carrier and who must lease the truck back to the same common carrier is an “owner” under Title 51 RCW and not a “worker” under RCW 51.08.180(1) because the driver is entitled to possess, use, and enjoy the truck under the specific terms of the lease. Thus, the common carrier need not pay the industrial insurance premiums for such drivers.

In Penick v. ESD, 82 Wn. App. 30 (1999) the court looked at whether a trucking company was required to pay taxes to a state employment security fund for a contract truck driver who was not an owner-operator. The court held the trucking company failed to establish that his contract drivers of his company’s trucks were independent contractors, not his employees, and required him to pay back taxes for failing to contribute to the state’s employment security fund. The court distinguished owner0operators from contract drivers, whom the company was required to pay taxes for, because: (1) the drivers were not free from company’s direction and control; (2) services were provided in the usual course of company’s business; and (3) the drivers were independently established in their occupation of driving trucks.

In summary, to maintain the classification of an owner-operator, the question becomes a matter of control. Beyond the other factors mentioned above, always have a well-written contract between the carrier and owner-operator that addresses how claims should be handled between the parties. Always hold owner-operators accountable for freight and other damage, and treat the owner-operator like a business owner. In regards to electronic logs, consider other alternatives and options to transmission to carrier or requiring the use of the carrier’s system. For safety monitoring, always convey carrier site requirements and customer site requirements. For accident reporting purposes, provide an easy reporting process without crossing the independent contractor line, and make sure to clearly define the personal responsibility of the owner- operator versus a company driver. If you take the steps discussed herein, you will increase your odds of successfully defending a classification challenge.