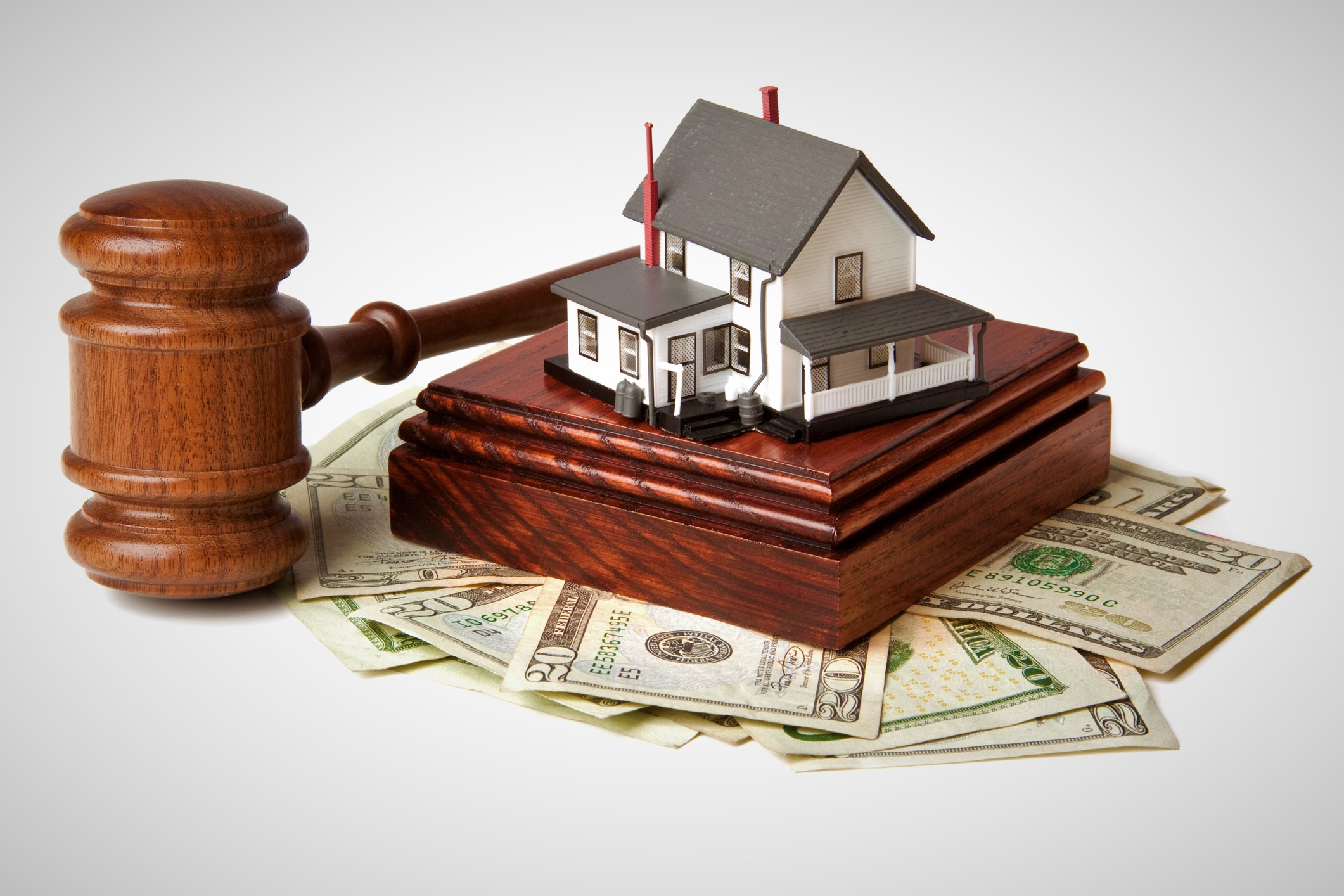 In Auburn Woods HOA v. State Farm Gen. Ins. Co., 56 Cal.App.5th 717 (October 28,2020) (certified for partial publication), the California Third District Court of Appeal affirmed the trial court’s entry of judgment in favor of State Farm General Insurance Company (“State Farm”) regarding a lawsuit for breach of contract and bad faith brought by Auburn Woods Homeowners Association (“HOA”) and property manager, Frei Real Estate Services (“FRES”) against State Farm and the HOA’s broker, Frank Lewis. The parties’ dispute arose out of the tender of two different lawsuits filed against the HOA and FRES by Marva Beadle (“Beadle”). The first lawsuit was filed by Beadle as the owner of a condominium unit against the HOA and FRES for declaratory relief, injunctive relief, and an accounting related to amounts allegedly owed by Beadle to the HOA as association fees. The second lawsuit filed by Beadle was for the purpose of setting aside a foreclosure sale, cancelling the trustee’s deed and quieting title, and for an accounting and injunctive relief against an unlawful detainer action filed by Sutter Group, LP against Beadle. The complaint filed in the second lawsuit alleged that Allied Trustee Services caused Beadle’s property to be sold at auction and that Sutter Capital Group, LP purchased the unit and obtained a trustee’s deed upon sale. Beadle claimed the assessments against her were improper and the trustee’s deed upon sale was wrongfully executed. Beadle sought an order restoring possession of her unit and damages.

In addition, the trial court held that the HOA and FRES were obligated to pay State Farm’s costs based on their failure to accept an offer of judgment under California Code of Civil Procedure 998 for $35,000.

In affirming the trial court’s entry of judgment, the Court of Appeal reasoned as follows relative to the absence of alleged damages triggering a duty to defend and indemnify the HOA and FRES in the first lawsuit:

There is no duty to defend when the insurance policy premises the duty on a lawsuit seeking “damages” but the third party plaintiff's lawsuit does not seek compensatory damages. (San Miguel Community Assn. v. State Farm General Ins. Co. (2013) 220 Cal.App.4th 798, 801 (San Miguel); Cutler-Orosi, supra, 31 CalApp.4th at pp. 629-633; Ulta Salon, Cosmetics & Fragrance, Inc. v. Travelers Property Casualty Co. of America (2011) 197 Cal. App.4th 424, 427, 432-433 [complaint seeking civil penalties and injunctive relief did not seek bodily injury damages under a policy]; Nationwide Ins. Co. v. King (S.D.Cal. 1987) 673 F.Supp. 384, 385 [policy expressly limiting coverage to damages did not cover complaint for injunction and declaratory relief]; see United Pacific Ins. Co. v. Hall (1988) 199 CalApp.3d 551, 556 [policy that obligated the insurer to defend an action for damages did not require the defense of a criminal or administrative proceeding where damages were not sought]; Jaffe v. Cranford Ins. Co. (1985) 168 Cal.App.3d 930, 934 (Jaffe) [malpractice policy did not obligate insurer to defend a criminal prosecution because the case could not have resulted in damages payable under the policy].)

Accordingly, HOA's policy obligated State Farm to indemnify its insured for damages to which the policy applied and to defend any claim seeking damages payable under the policy. The policy did not define damages. But the fact that a term is not defined in the policy does not make it ambiguous. (First American Title Ins. Co., supra, 177 Cal.App.4th at pp. 114-115.) Statutory and dictionary definitions of damages “requires there to be ‘compensation,’ in ‘money,’ ‘recovered’ by a party for ‘loss’ or ‘detriment’ it has suffered through the acts of another.” (AIU Ins. Co., supra, 51 Cal.3d at pp. 826; see also Civ. Code, § 3281 [defining damages as compensation in money a person who suffers detriment from the unlawful act or omission of another may recover from the person in fault]; Jaffe, supra, 168 CalApp.3d at p. 935 ["‘Damages’ describes a payment made to compensate a party for injuries suffered."].) For Option DO, the policy also clearly stated there was no coverage for “damages other than money damages.” The first Beadle action did not seek monetary compensation from HOA and/or FRES.

HOA and Frei claim the complaint included allegations about restitution, usury, and an accounting which potentially gave rise to money damages. They say the facts alleged in the complaint clearly indicated to the parties that Beadle was seeking damages from a wrongful foreclosure. But the complaint in the first Beadle lawsuit sought a court declaration of rights and duties regarding the pending foreclosure sale and that Beadle did not breach the CC&Rs; an injunction stopping the foreclosure sale; and an order requiring FRES and Allied Trustee Services to make their records available for an accounting. HOA and Frei do not cite any portion of the record and we found nothing in the complaint alleging restitution. We will not consider claims made without citation to the record. (Nwosu v. Uba (2004) 122 Cal.App.4th 1229, 1246.) The complaint did not seek damages for a wrongful foreclosure. In fact, the foreclosure sale had not occurred at the time the complaint was filed. Regardless of whether the relief Beadle sought was equitable or legal in nature or whether her complaint mentioned usury or an accounting, the complaint in the first Beadle action did not seek monetary compensation against HOA or FRES. And unlike AIU Ins. Co., cited at pages 29 to 30 of appellants' opening brief, where the insured sought coverage for costs associated with complying with injunctions requiring the insured to clean up hazardous waste, there is no indication in this record that the first lawsuit would require HOA or FRES to incur compliance costs. (AIU Ins. Co., supra, 51 Ca1.3d at pp. 837-842.)

Beadle's prayer for attorney's fees and costs also did not seek “damages.” First, the supplementary payments provision of HOA's policy obligated State Farm to pay, with respect to any lawsuit it defends, “all costs taxed against the insured in the suit.” Attorney's fees are an element of costs a prevailing party may be entitled to recover in a civil action. (Code Civ. Proc. , §§ 1032, subd. (b), 1033.5, subd (a) (10).) Reading the term "damages" in the policy to include attorney's fees and costs would render the supplementary payment provision superfluous. (Cutler-Orosi, supra, 31 Cal.App.4th at pp. 631-632.) We must read the insurance policy as a whole, so as to give effect to every part, if reasonably practicable and avoid a construction of one clause which would render another clause in the same contract surplusage. (Civ. Code, § 1641; Berg v. MTC Electronics Technologies Co. (1998) 61 Cal.App.4th 349, 361.) Further, “[a]n award of attorney fees does not compensate a plaintiff for the injury that brought the plaintiff into court; [for that reason,] attorney fees are inconsistent with the meaning of the word "Damages" in the ordinary and popular sense.... f the entire action alleges no covered wrongful act under the policy, coverage cannot be bootstrapped based solely on a claim for attorney fees." (Health Net, Inc. v. RLI Ins. Co. (2012) 206 CalApp.4th 232, 256-527; see also Cutler-Orosi, supra, 31 Cal.App.4th at p. 632.)

Moreover, while Coverage L applied to damages because of bodily injury, property damage, personal injury or advertising injury, the first Beadle lawsuit did not seek damages because of such injuries. The policy defined "bodily injury" as "bodily injury, sickness or disease sustained by a person." "Property damage" was physical injury to or destruction of tangible property or loss of use of tangible property that was caused by physical injury to or destruction of other tangible property. "Advertising injury" was injury arising out of the publication of material which slandered or libeled a person or organization, disparaged a person's or organization's goods, products or services or violated a person's right to privacy; misappropriation of advertising ideas or style of doing business; or infringement of copyright, title or slogan. The complaint in the first Beadle action did not allege bodily injury, property damage or advertising injury.

Beadle alleged she was the owner of the subject condominium and had "full interest by Grant Deed." HOA and Frei do not cite any portion of the record showing State Farm knew of facts indicating that HOA or FRES was the owner, landlord or lessor of Beadle's condominium. The first Beadle lawsuit did not involve a possibly covered "personal injury" claim because facts known to State Farm at the time of tender did not show that alleged wrongdoers HOA and FRES were the owners, landlords or lessors of Beadle's condominium.' There is no objectively reasonable expectation of coverage where Beadle did not seek damages for "personal injury" as defined in HOA's policy. (Lyons v. Fire Ins. Exchange (2008) 161 Cal. App.4th 880, 885 [an insured could not reasonably expect a defense of claims that were based on risks clearly not covered under the policy]; Hurley, supra, 10 CalApp.4th at p. 539.)

In sum, the complaint in the first Beadle lawsuit and the facts made known to State Farm at the time of tender did not show that Beadle sought damages because of bodily injury, property damage, personal injury or advertising injury within the meaning of HOA's policy. Accordingly, State Farm had no duty to defend HOA and/or FRES against the first Beadle complaint.

The Court of Appeal also found that the State Farm policy did not include FRES as an insured. Further, the HOA failed to meet its burden of proving that post tender/pre-acceptance defense costs in the second lawsuit were actually incurred in defending the second lawsuit. Lastly, because the plaintiffs failed to accept the defendants offer of judgment under CCP 998, an award of costs was proper.