NFT-Related IP Litigation On The Rise 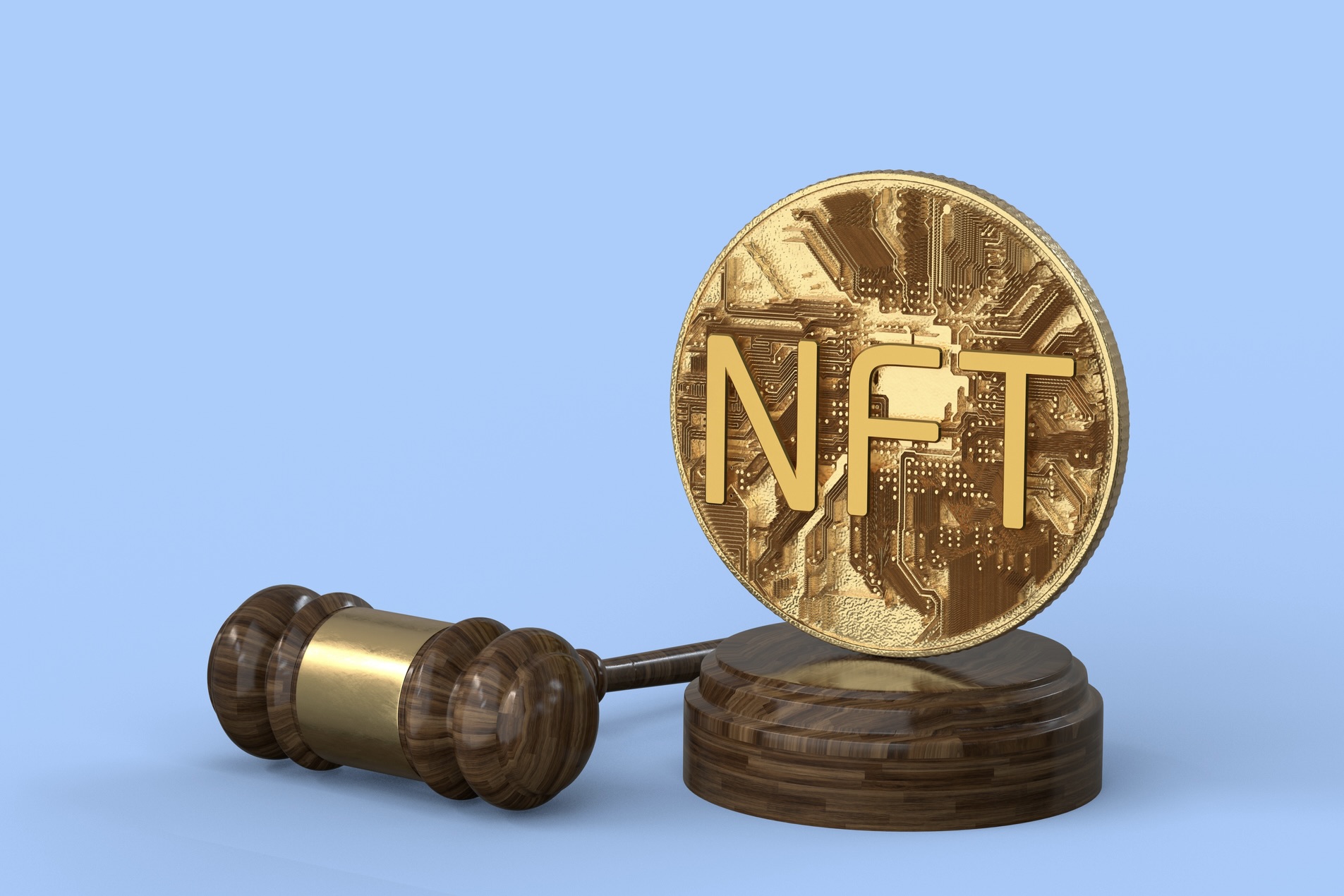 Not since the Y2K days has there been more buzz over a subject, i.e., NFTs and the Metaverse. Only time will tell if this trend is an exaggeration, or if we are on a “Don’t Stop Believin’” euphoric Journey that is here to stay. As most likely know by now, NFTs, or non-fungible tokens, are unique financial, digital data stored in blockchain that permits an owner’s ability to display, publish, offer, sell, or auction artwork, music, gaming, and collectibles. NFTs are part of a blockchain maintained across several computers that are linked in a peer-to-peer network. Each NFT contains owner identifying information and a smart contract requiring an additional payment to the original owner for each transfer of ownership or licensed use.

Almost on a daily basis now, digital artwork is being sold for millions of dollars, including Mike Winkelmann’s Everyday: The First 5000 Days, which in March 2021 sold for $69.3 million. But in the infamous words of the late poet The Notorious B.I.G., “the more money we come across, the more problems we see.”

This NFT-related surge has led to potential legal ramifications in the intellectual property field in particular for major companies – the latest, to name a few, include Hermès, Nike, and Miramax Studios. In January 2022, both Hermès and Nike filed trademark infringement lawsuits alleging that their trademarks were being used without permission on NFT digital bags and footwear, respectively. In the Hermès suit, Hermès International S.A. filed suit in New York federal court against artist Mason Rothschild following the release of MetaBirkins – a collection of 100 NFT Birkin bags covered in faux fur in a range of colors and designs. The digital bags are decked in fur, multicolored, and resemble the Hermès’ Birkin bag, but are virtual. A depiction is illustrated below:

Hermès argues that Rothschild’s work appropriates its trademarks. Further, the use of the name “MetaBirkins” is confusing consumers and third-parties to believe that Rothschild is acting with Hermès’ authorization. Conversely, Rothschild maintains that his MetaBirkins are digital images similar to the likes of an artistic work that is afforded protection under the fair use defense, the test set forth in Rogers v. Grimaldi, 875 F.2d 994 (2d Cir. 1989) (the Rogers test) and the First Amendment. Under the Rogers test, an artist’s First Amendment rights essentially trump a trademark owner’s rights to prevent the use of its mark in the title of an artwork unless “the title has no artistic relevance to the underlying work whatsoever, or, if it has some artistic relevance, unless the title explicitly misleads as to the source or the content of the work.”

While the court denied Rothschild’s motion to dismiss in early May 2022, the potential implication hinted by the judge was that the First Amendment can be considered. This was a minor win for NFT proponents and creative artists. The court found that Rothschild’s MetaBirkins were digital images capable of constituting a form of artistic expression under the Rogers test and that the images were entitled to First Amendment protection, stating in pertinent part:

“using NFTs to authenticate an image and allow for traceable subsequent resale and transfer does not make the image a commodity without First Amendment protection any more than selling numbered copies of physical paintings would make the paintings commodities for purposes of Rogers.”

In a footnote, however, the court also stated that the Rogers test might not apply “if the NFTs were attached to a digital file of a virtually wearable Birkin handbag, in which case the ‘MetaBirkins’ mark would refer to a non-speech commercial product.” As such, this ruling raises more doubt than answers. If Rothschild was actually selling virtually wearable bags under the MetaBirkin mark, then would that constitute infringement? Any resolution for trademark owners any time soon is, unfortunately, not “in the bag.”

In the Nike suit, Nike sued StockX, a platform for reselling sneakers, clothing, and other goods that was valued at more than $3.8 billion in 2021, for selling unauthorized images of Nike shoes as NFTs. In its complaint, Nike argues that StockX “without Nike’s authorization or approval” is minting NFTs that use its trademarks; marketing its goodwill; and selling those NFTs at a heavily inflated price to consumers who believe that those NFTs are authorized by Nike. In response, StockX argues that its making fair use of Nike’s images and that it is entitled to use the images under the first sale doctrine, which allows buyers of trademarked goods to display and sell them under their original trademarks. In recently amending the complaint, Nike now adds claims of counterfeiting, which presents a peculiar argument, as one typically cannot counterfeit a trademark unless the mark is used on the same good as the trademarked good.

Further, entertainment production company Miramax, LLC filed suit against director Quentin Tarantino over his NFT collection based on the Tarantino-written/directed motion picture, Pulp Fiction, arguing, similarly to Nike and Hermès, that the NFT collection – which includes blockchain tokens associated with scans from Tarantino’s original handwritten screenplay of Pulp Fiction and more (including interactive games, live performances, and other media) – confuses buyers into thinking his use is authorized by Miramax. Tarantino was scheduled to release the NFT collection in late 2021/early 2022, but has not done so since Miramax filed suit.

The Hermès, Nike, and Miramax cases all illustrate this trend of NFT-related intellectual property litigation being on the rise, including offensive steps to obtain trademark registrations of NFT-related goods and services. Notable brands like Ralph Lauren and DKNY have already filed with the USPTO for items including store services related to virtual clothing in virtual worlds, and online, non-downloadable virtual clothing and accessories for use in virtual environments.

Further, companies are taking a fresh look at licensing and distribution agreements. For example, in a recent dispute between Damon Dash and Roc-A-Fella Records, Roc-A-Fella sued Dash seeking to stop him from auctioning the copyright to Roc-A-Fella artist Jay-Z’s debut album, Reasonable Doubt, as an NFT, arguing that Dash’s ownership interest in the album does not contain the right to sell an NFT of it. Similar to the Tarantino matter, Roc-A-Fella argues that Dash does not have any NFT-related rights in the album and thus cannot auction it.

Finally, this NFT-related trend has some companies considering their investment strategies, and collaborating with virtual creators. For example, prior to filing its suit against StockX, Nike purchased RTFKT Studios, a NFT-based apparel and footwear start-up that creates virtual sneaker designs and other exclusive items. Nike suggests it intends to release virtual products that correspond with their physical shoes. In doing so it advises, this will permit Nike to enter the digital space on its own terms and making use of its brand and good will in a manner it chooses.

In sum, we have no doubt that NFT-related litigation will be on the rise, so to those skeptics: Don’t stop believin’.

For more information on this topic, contact the authors of this post or visit our Intellectual Property & Technology Practice page to find an attorney in your area. You can also subscribe to this blog to receive email alerts when new posts go up.