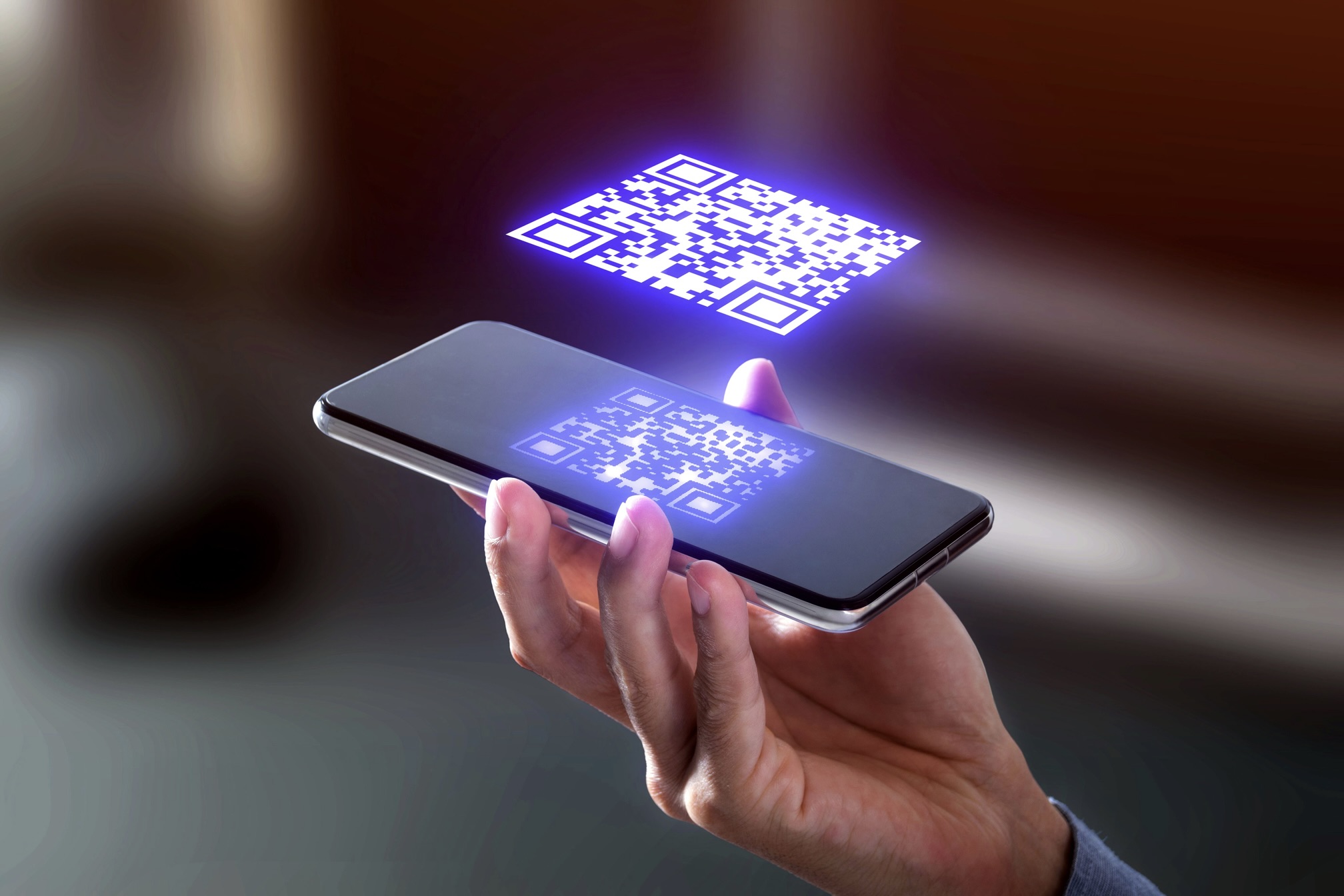 During the halftime show of this year’s Super Bowl, a floating QR code took a star turn in a prominently placed advertisement. That ad, which was run by cryptocurrency exchange platform Coinbase, consisted of nothing more than a multi-colored QR code slowly bouncing across the television screen for almost a minute without any other identifying information or attribution. At the ad’s end, Coinbase’s name and a link to its website briefly appeared. Viewers could use their cellphone cameras to see where the QR code led or patiently wait and hope that the ad would explain what was going on.

So many people reportedly followed the link from the QR code that the resulting traffic overwhelmed and crashed the Coinbase website landing page. The convenience of the code clearly worked for ad viewers and Coinbase. It appears that while QR codes may be a welcome convenience, they may also be a potential tool for the commission of fraud. It is increasingly important, therefore, that the public be sufficiently educated regarding the risks presented by these codes.

What is a QR code?

Quick Response codes, or QR codes, were developed in 1994 and have become increasingly prevalent in everyday use, particularly throughout the global pandemic, to access a wide range and variety of information, such as restaurant menus, or to join Wi-Fi networks or log into programs. A QR code is, in sum, a type of scannable barcode that can store various types of information including links to the Internet. That information is stored within the code in such a way that the information cannot be read without a device capable of decoding the information. The code can be read using an image processing device like the cameras commonly found in cellphones. If the device is internet-connected, then the scanned information within that source QR code can direct the user to a specific website destination if the user chooses to “click through” to it.

How Can a QR Code Be Dangerous?

The risk in blindly following a link in a QR code is that it is akin to clicking on a malicious link found in a phishing or suspicious email. In both situations, the destination website can contain exploitable code like JavaScript, which can be programmed to execute malicious programs on the user’s system. Moreover, mobile devices like cellphones are at risk from maliciously designed QR codes, which can trigger code within the host device to activate cameras, GPS tracking, and other features of the phone. While companies have gone to tremendous efforts to educate employees on the danger of phishing emails, there appears to be little effort made to educate employees on the danger of QR codes.

Examples of QR code scams include instances where the malicious actors printed and overlaid fake QR codes that then prompted users to “pay” for the use of a bike sharing system; or where the actors installed fake QR codes at parking meters; or by simply replacing the intended link with a bogus login page in order to steal credentials.

Warnings about these exploits have been recently highlighted by the Federal Bureau of Investigation concerning threat actors tampering with QR codes.

While the risks discussed above might cause some to think twice the next time they see that black and white QR square, users can follow these best practices to mitigate the risks associated with QR codes: