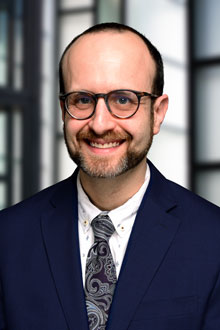 Corey Zymet is an associate in the Newark office of Lewis Brisbois and a member of the General Liability Practice and Insurance Law Practices.

Originally a student of Psychology, Mr. Zymet graduated from Monmouth University in February 2006. Thereafter, he served in various professional roles in the legal industry; including legal assistant, paralegal, law clerk and, ultimately, attorney. Mr. Zymet graduated from Pace University School of Law (now the Elizabeth Haub School of Law at Pace University) in May 2009, and has worked in law firm environments ever since, practicing New Jersey, New York and Federal Law.

While in law school, Mr. Zymet received various accolades; such as placement on his school's Dean's List for several semesters and inclusion in his school's invitation-only appellate advocacy team. Additionally, while in law school, Mr. Zymet participated in the invitation-only Buffalo-Niagara Mock Trial Competition and interned at the United States Court of Federal Claims in Washington, D.C.

After graduating law school, Mr. Zymet began his legal career in general litigation, which now focuses on personal injury and commercial litigation. Mr. Zymet strives each and every day to advance his client's interests through the arts of persuasive legal writing and research, file management and analysis, and oral advocacy.

Mr. Zymet lives with his wife in Bergen County, New Jersey. Among other things, Mr. Zymet spends his free time with his friends and family, and pursuing, obtaining, rehabilitating and leasing rental properties in New Jersey and New York.

In a Federal Court pro-bono case, Mr. Zymet represented an incarcerated, sick man afflicted with stage-four cancer, who was in jail for over two years, pre-trial, and alleged being deprived of medical care, including but not limited to the failure of the jail to administer pain medication, and bring him to his chemotherapy and radiation treatments as prescribed by his oncologist. Through Mr. Zymet's efforts, along with his colleagues' and even his adversaries', the plaintiff, among other things, was released from jail so he can be with his family and face his battle with cancer as a free man.

U.S. District Court for the State of New Jersey

Bachelor of Arts in Psychology, 2006