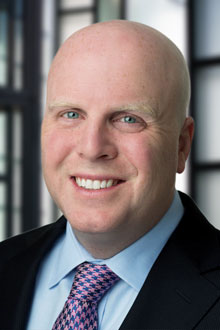 Mark A. Yost is a Partner in the Baltimore office of Lewis Brisbois and a member of the Healthcare Regulatory & Compliance and Long-Term Care & Elder Law Practices. Mark has over 15 years of experience in the heavily regulated healthcare sector, most notably in the post-acute care space. His practice focuses on defending healthcare providers against government and regulatory actions, as well as directing transactional change of ownership of healthcare facilities.

He brings a wealth of regulatory, government affairs and public policy experience in the healthcare and aging fields, most importantly providing strategic leadership in navigating difficult regulatory predicaments. His legal background has enabled him to litigate complex matters essential to business operations as well as extensive experience in all matter of legal issues. Mark inherently understands the needs of business units and how to navigate the legal and regulatory landscape to minimize the negative impact on business. Mark knows how to turn a negative into a positive, and knows the answer is never: “It can’t be done”.

Previously, Mark served as CEO, COO and General Counsel of a regional and innovative healthcare company. In that role, Mark oversaw the entirety of healthcare operations in five nursing homes, a physicians practice and other ancillary companies. Mark helped guide the company through two major acquisitions as well as the record-breaking sale-leaseback of the major assets.

Prior to that role, Mark managed regulatory affairs for a national CCRC developer and operator. Mark also served as the Government Affairs Director of a national tourist attraction, securing record-setting levels of funding for that national institution.

In addition to his legal career, Mark served on the Board of Directors for a number of non-profits. In those roles, he learned the value of effective board leadership and proper oversight. He has also served on the Legislative Policy Committees of a number of industry trade associations.

Mark also has significant experience in government relations, having served as a staffer both on Capitol Hill and in the Maryland legislature. For several years, he worked as a lobbyist for a large real estate developer specializing in retirement and nursing facilities. He was a registered lobbyist at the federal level, as well as in Maryland, Pennsylvania, and Virginia, and has lobbied in 11 other states across the country. His work as a lobbyist has given him unique insight into a number of highly technical issues, including healthcare, Medicare and Medicaid reimbursement, real estate, taxation, civil rights, aging services, and environmental issues. Mark has been involved in a number of political campaigns, both as an adviser and in campaign finance.

Laura Lanbein and Mark A. Yost, Jr., Same-Sex Marriage and Negative Externalities in Social Science Quarterly, Vol. 90, No. 2 (June 2009) (A statistical study showing that Same-Sex marriage will not have negative effects on society and in many cases will net positive effects. This study was quoted in Perry v. Schwarzenegger case (702 F.Supp. 2d 1132))