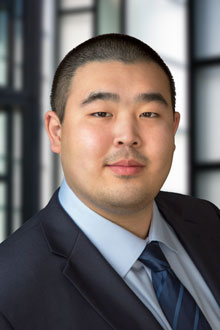 Daniel XuLi is an associate in the San Francisco office of Lewis Brisbois and a member of the Labor & Employment Practice.

Prior to joining Lewis Brisbois, Mr. XuLi was an associate at a national law firm where his practice focused primarily on general liability, commercial and business litigation, and cybersecurity and data privacy. Mr. XuLi's professional experiences outside of the realm of law are rooted in business and accounting.

While in law school, Mr. XuLi clerked for the United States Department of Justice Office of Trustee, Lawrence Livermore National Laboratory’s Office of General Counsel, and various law firms. He was the President of the Chinese American Law Association on-campus, a Research Assistant for Professor Clark Freshman, and a member of the Hastings Business Law Association. Mr. XuLi was also a member of the Hastings Negotiation and Mediation (ADR) Team for all three years. His final competition was the 2016 Jeffry S. Abrams National Mediator Competition. Mr. XuLi was inducted into the Hastings Pro Bono Society at commencement for performing substantial pro bono services.

While in college, Mr. XuLi worked for the Federal Deposit Insurance Corporation (FDIC) in their San Francisco Regional Office’s Risk Management Division and other corporations ranging from insurance to import and distribution to accounting.

Mr. XuLi is also a published translator for a book entitled Nanjing Old Landscape, which acclaimed national awards in China and can be found in the Permanent Collection of the United States Library of Congress.