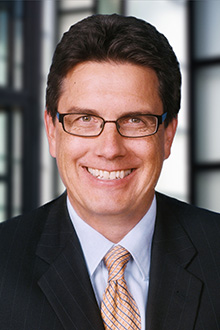 Mr. Wood has litigated over 30 trials/binding arbitrations to verdict/award. Mr. Wood recently obtained a defense verdict in a products liability case which involved a gate having rolled past a gate stop, fallen on, and severely injured an 11 year old boy. Mr. Wood also recently obtained a Respondent’s arbitration award in favor of his Homeowners Association client in a case which involved an alleged improper $21,000,000 special assessment wherein Claimants’ expert testified that in his opinion the Homeowners Association’s members had, in the aggregate, sustained damages in the amount of approximately $120,000,000 as a result of the Association’s alleged improper conduct. Mr. Wood also recently negotiated a $4,000,000 settlement of four consolidated cases brought by four Plaintiffs which involved a 20 year old man who was allegedly served alcohol in a pub (Mr. Wood’s client), while he was obviously intoxicated and then drove his truck, lost control, and struck an oncoming car head on, severely injuring himself (rendered a quadriplegic) and the three passengers of the car that he struck.