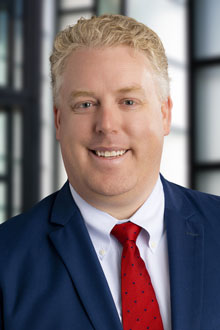 Mr. Wilson has favorably resolved a variety of matters for his clients through settlement, dispositive motion, trial, and appeals in state and federal courts in both California and Nebraska. He has obtained defense verdicts for an OB/GYN accused of medical malpractice, an insurance broker in an errors and omissions case, and a mega-church who employed a person accused of sexually assaulting a child. Mr. Wilson has obtained multiple defense summary judgments in cases where damages were claimed to be $10 million or more and obtained favorable settlements for multiple public and youth serving entities in both catastrophic personal injury and sexual assault and molestation cases.

Mr. Wilson is a former professional longboard surfer and avid sailor. He spends most of his free time with his wife – an internationally ranked champion sailor – and son at home or on the water. Mr. Wilson also enjoys playing golf and riding his road bicycle. He is currently serving as Secretary of the Coronado Yacht Club.

Bachelor of Arts in Political Science, 2007