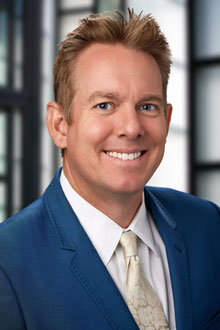 Jeffrey Wilson is a partner in the Walnut Creek office of Lewis Brisbois and a member of the General Liability, Healthcare, Long-Term Care, and Medical Malpractice practice groups. Jeff is a seasoned litigator with more than thirteen years of litigation experience, specializing in commercial, personal injury, and general liability disputes. His experience includes handling cases from pre-litigation settlement discussions through settlement or trial. He has served as second chair in many trials and handled multiple single day arbitrations and resolved hundreds of cases.

He also has experience in corporate law, including trademark & patent applications, entity formation, vendor agreements, recruiter contracts, licensing agreements, and preparation of various other commercial documents. He has employed that experience in starting and running his own national e-commerce company for several years.

Before joining Lewis Brisbois, he was in-house counsel for a Fortune 100 American diversified global insurer and the sixth-largest property and casualty insurer in the United States, handling personal injury, general liability, and premises liability claims. He has also been outside general counsel for a worldwide automobile manufacturer and in-house counsel to multiple firms in the Bay Area of California, specializing in commercial liability, professional liability, and securities matters.

Jeff has also served as the Chair of the San Francisco Bar Association’s various Barristers Commercial Law Sections. He is a licensed California Real Estate Agent. He earned his Juris Doctor from the University of San Francisco’s School of Law and a Bachelor of Science in Management Science and Law & Society from the University of California, San Diego. Jeff is an accomplished tennis athlete who was part of the #2 ranked doubles team in the country in division II during his undergrad studies. He still plays competitively on USTA 5.0 teams in the Bay Area, as well as competing in national age-group tournaments around the United States.