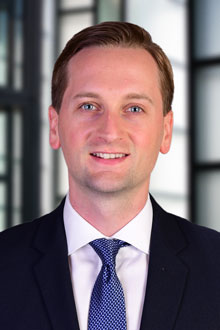 Andrew T. Williamson is an associate in the New York office of Lewis Brisbois and a member of the Labor & Employment and Complex Business & Commercial Litigation Practices. He represents businesses in a variety of labor and employment matters, including discrimination, retaliation and harassment claims, trade secrets and non-compete disputes, and wage and hour disputes.

Prior to joining Lewis Brisbois, Andrew served as an Assistant Corporation Counsel in the Labor and Employment law division of the New York City Law Department. As an Assistant Corporation Counsel, Andrew defended the City of New York, its agencies, and employees in single-plaintiff and collective action labor and employment matters in both federal and state court. He also represented municipal agencies in administrative proceedings, including the prosecution of employee disciplinary matters. Andrew received a Legal Rookie of the Year Award from the New York City Law Department at the end of his first year. The award is given annually to the office’s top first-year attorneys.

US District Court for the Southern District of New York

US District Court for the Eastern District of New York

Bachelor of Arts in Political Science