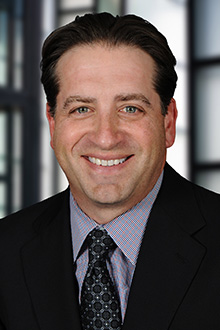 Vince Whittaker is a partner in the San Diego and Indian Wells offices of Lewis Brisbois and a member of the Complex Business & Commercial Litigation Practice.

Mr. Whittaker’s recent trial victories include a 28-day jury trial in 2018 that resulted in a favorable verdict on behalf of a bank. In that case, the borrower was seeking damages against the bank in excess of $13,000,000.

Also in 2018, Mr. Whittaker concluded a trial in Los Angeles Superior Court regarding the shipment of goods overseas in violation of U.S. export laws, including International Traffic in Arms Regulations. Mr. Whittaker obtained a favorable outcome for clients in light of the $4,000,000 Plaintiff sought to obtain at trial.

Mr. Whittaker focuses on a multitude of subject matter areas including lender liability, complex real estate matters, construction disputes, breach of contract, employment discrimination, negligent misrepresentation and fraud, trade secret and unfair competition, shareholder and partnership disputes, and a wide variety of other commercial business disputes. He has also served as a devoted corporate advisor for small to mid-sized private businesses and governmental agencies, including prosecution and defense of government contracts.

Additionally, Mr. Whittaker has significant experience handling binding arbitrations and has successfully resolved many complex disputes through other alternative dispute resolution processes, including early neutral evaluation programs and mediation. Recognized as an effective and respected mediator himself, he has handled hundreds of mediations as a neutral during his career with a success rate of approximately 90%.

Mr. Whittaker also serves on the Board of Directors for a community bank in Southern California.

Mr. Whittaker has sat on numerous non-profit boards throughout his career.  Mr. Whittaker currently is a board member for the Southwestern Growers who raises approximately $200,000 per year for at risk youth in the Coachella Valley.

Bachelor of Arts, Philosophy, May 1996

2018: Mr. Whittaker recently obtained a jury verdict on behalf of a bank obtaining a judgment in the amount of $1.2 million and a complete defense verdict wherein the cross-complainants sought damages in excess of $13 million. Case tried for 28 days in Imperial County Superior Court.