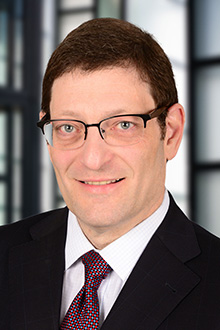 Jeffrey Weiss is a partner in the Los Angeles office of Lewis Brisbois and a member of the Workers' Compensation Practice. He has been practicing in the field of workers’ compensation defense for more than 30 years and represents a cross section of employment throughout California including municipalities, manufacturing, school districts, healthcare, supermarkets as well as several insurance carriers and third-part administrators. Mr. Weiss has lectured before the California Applicant’s Attorneys Association, California State Northridge and before several trade associations. He has also been published in the California Workers’ Compensation Journal. In addition to handling all matters before the Workers’ Compensation Appeals Board, Mr. Weiss also represents employers on claims for discrimination under Labor Code Section 132a and Claims for Serious & Willful Misconduct.

All State and Federal Courts in California