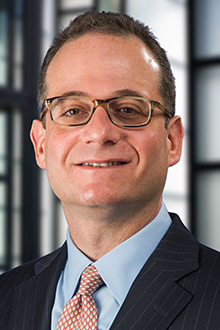 Mr. Weinstein has vast experience with regard to claims and lawsuits resulting from the tragic events of September 11, 2001, Superstorm Sandy, Hurricanes Harvey, Irma and Marie, blackouts and California wildfires. He has been appointed as national and regional coverage counsel for clients in connection with such events, including COVID-19. These clients include individual insurers, managing general agents, admitted and non-admitted carriers, surplus lines carriers, whether they assume the entire risk or participate in market layers.

Mr. Weinstein has passionately assisted insurers, managing general agents, third-party claims administrators and program administrators with claims investigation, coverage interpretation, policy drafting, and litigation of losses throughout the United States and abroad for over 25 years. He regularly conducts and participates in fraud investigations, including examinations under oath. He has significant experience in first-party property, general liability and directors and officers liability coverage disputes. He has served as national coverage counsel for clients and monitors claims and litigation across the country. Mr. Weinstein also has vast experience with regard to insurance claims, disputes and lawsuits concerning condominiums, homeowner’s associations, and co-op’s. He has served on condominium and co-op boards for over a decade. Mr. Weinstein also regularly defends developers, contractors, property owners, and other parties in property damage litigation. Mr. Weinstein is also a certified mediator.

Mr. Weinstein has been involved with many high profile property losses and multi-party litigations, including losses involving damages in excess of $100 Million Dollars. Representative claims/cases include:

Numerous claims and lawsuits arising from the events of September 11, 2001 and clean-up efforts: