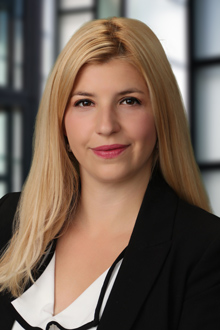 Christine Weil is an associate in the Sacramento office of Lewis Brisbois and a member of the General Liability Practice. Ms. Weil began her career as a law clerk in Maryland, St. Mary's County from 2013-2104 for the Honorable Karen H. Abrams. She gained vast experience in the legal process and exposure to various areas of law including criminal, medical malpractice, and civil litigation. She further developed her writing and analytical skills as a result of preparing memoranda and drafting judicial opinions and orders. Following the end of her contract, she moved to California/Sacramento in the fall of 2014. She was shortly after admitted to the California Bar. She transitioned into private practice focusing on general litigation and insurance defense from 2014 to 2017. Her cases were widely varied but included personal injury, premises liability, motor vehicle accidents, contracts, products liability, and construction defect. From 2017 to 2020 she transitioned to healthcare defense, specifically involving long term care facilities and claims involving elder/dependent adult abuse/neglect, wrongful death, and professional negligence/malpractice claims.