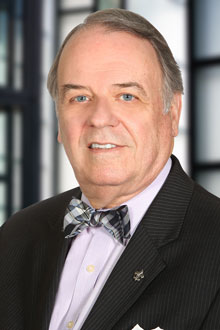 Joseph P. Tynan is a partner in the New Orleans office of Lewis Brisbois and a member of the Marine & Energy Practice. He is engaged in an admiralty and maritime practice involving marine insurance coverage, hull and machinery claims, collisions, groundings, property damage, and maritime product liability cases, as well as charter parties, maritime liens and protection and indemnity defense matters. He also has experience before the Office of Administrative Law Judges for the U.S. Coast Guard in license suspension and revocation hearings, and with employment discrimination claims, particularly as they involve maritime clients. Prior to passing the bar, Mr. Tynan sailed as an ordinary seaman and helmsman in the deck department of U.S. flag merchant vessels.

Mr. Tynan successfully presented the case of First Nat'l Bank of Jefferson v. M/V LIGHTNING POWER, 776 F.2d 1258 before the U.S. Court of Appeals for the Fifth Circuit, which refined the standards under which a district court may set aside for an insufficient price a public auction by the U.S. Marshal of a vessel under arrest. He also successfully argued the case of Nicholson Mgt. & Consultants, Inc. v. Bergman, 96-0557 (La. App. 4 th Cir. 9/25/96), 681 So.2d 471,writ den., 96-2588 (La.1/6/97) 685 So.2d 126, which is the only case to interpret and determine the prescriptive period or statute of limitations for an oblique or third-party action brought under Articles 2041 and 2044 of the Louisiana Civil Code.

Born in Boston, Massachusetts, Mr. Tynan received his Bachelor of Arts degree from the University of Notre Dame, and he was awarded his Juris Doctor by the Tulane University School of Law.