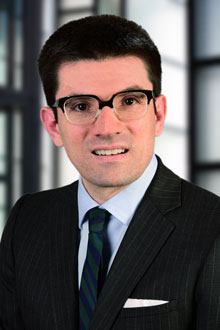 David A. Tango is a partner in the Newark office of Lewis Brisbois and a member of the Labor & Employment Practice. Mr. Tango is an experienced labor and employment attorney who focuses his practice on the representation of employers in federal and state courts, and before federal and state administrative agencies, in actions alleging employment discrimination, harassment, and retaliation.

Mr. Tango has been selected each year since 2016 as a New Jersey Super Lawyer Rising Star.

Earlier in his career, Mr. Tango served as a law clerk to the Honorable Peter G. Sheridan, U.S.D.J., United States District Court for the District of New Jersey.

United States District Court for the District of New Jersey