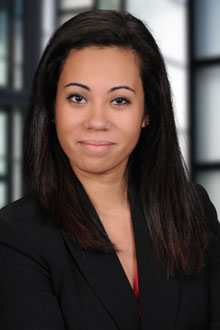 Erika Tang is an associate in the New York Office of Lewis Brisbois and is a member of the Medical Malpractice, Healthcare, Construction, and General Liability Practice Groups. Erika handles primarily medical malpractice, construction, and general liability cases.

Prior to joining Lewis Brisbois, Erika served as an Assistant Corporation Counsel at the New York City Law Department, Office of the Corporation Counsel. Specifically, she worked in the Administrative Law and Regulatory Litigation Division where she defended the City of New York and its client agencies against challenges brought forth as Article 78 proceedings and plenary actions in New York State Supreme Court. In addition, Erika worked in the Office of the Corporation Counsel’s Tort division where she handled high-exposure and complex tort claims venued in New York County. During her time in the Tort Division, Erika served as first and second chair in multiple jury trials. As a second chair, Erika aided in obtaining a defense verdict in a motor vehicle accident involving a Department of Sanitation Truck. As a first chair, Erika obtained a stipulation to discontinue on behalf of her client at the close of opening statements.

Erika received her Bachelor of Arts in Behavioral Neuroscience from Connecticut College and received her Juris Doctor from the Benjamin N. Cardozo School of Law. While in law school, she served as a staff editor on Cardozo’s Public Law, Policy, and Ethics Journal and participated in the New York City Law Department’s Appeals Division Field Clinic. She further spent her 2L summer as a law clerk at the United States Department of Justice Office of Vaccine Litigation. Erika is admitted to practice in the state of New York as well as in the Eastern and Southern Districts of New York.