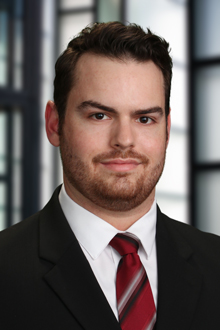 Nicholas Spatola is an associate in the Sacramento office of Lewis Brisbois and a member of the Medical Malpractice and Long-Term Care & Elder Law Practices.

Born and raised in the Central Valley, Nick earned his Juris Doctor from McGeorge School of Law and was admitted to the California Bar in 2019. Prior to law school, Nick was a part of a national sports event management team which organized the 2015 U.S. Senior Open and 2016 U.S. Women’s Open. Nick also graduated from the University of the Pacific, with a Bachelor of Arts in Sport Sciences.

During his free time, Nick enjoys watching the latest movie premiere or catching up on current sports and entertainment news.

University of the Pacific

Bachelor of Arts in Sport Sciences, Concentration in Sports Management, 2014