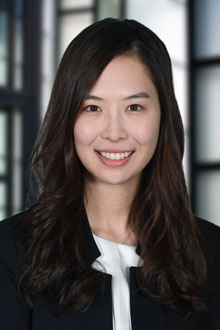 Esther Yae Shin is an associate in the Los Angeles office of Lewis Brisbois and a member of the Intellectual Property & Technology Practice.  Her practice focuses primarily on intellectual property litigation and she also has experience in complex commercial litigation involving breach of contract and related business torts.  Ms. Shin also conducts search and clearance, preparation, and filing of trademark applications.

Ms. Shin served as second-chair in a three-day federal bench trial in the Central District of California regarding trademark infringement and violations of various franchise and license agreements between our client and the franchisor of martial arts studios.  The court found our client to be the prevailing party on all claims brought by the plaintiff and expressly found that the plaintiff committed fraud on the court, and thus awarded our client its full attorneys’ fees.