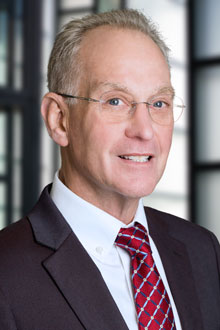 John Salvucci is the Managing Partner in the Philadelphia office of Lewis Brisbois and the National Co-Chair of the Life Sciences Practice. He regularly associates in the defense of high exposure cases for excess insurers. In this capacity, he is often brought in as a consultant tasked with: developing an understanding of the key medical and scientific issues; identifying and retaining preeminent authorities; and, formulating the defense strategy. In addition he serves as national counsel in mass tort cases. In the past he has directly defended hundreds of claims on behalf of: a weight loss company; a medical device manufacturer of bone screws: and, a processor of human bone allografts. John and his team have also served as national coordinating counsel for a dental clinics and dialysis facilities. His team has analyzed and evaluated claims on a variety of topics including fungal meningitis arising from steroid injections, ischemic strokes triggered by vertebral arterial dissections, and most recently addiction and death related to the use of opioids.

He presented a new theory associated with bone tissue infectivity before the 5th World Congress on Tissue Banking in Kuala Lumpur, Malaysia. This expertise in the area of viral disease transmission resulted in an invitation from the International Atomic Energy Agency (IAEA) to join their biohazards committee. He became a member of an august group of twelve scientists and doctors from around the world, who convened in Vienna, Austria. The committee developed protocols designed to address the remediation of materials contaminated with lethal pathogens for the member states of the United Nations.

Mr. Salvucci’s publication of an article in the European medical journal, Cell and Tissue Banking, presented new theories in regard to the transmission of AIDS and hepatitis. His conclusions were counter to what the medical and scientific communities had believed to be true for the past sixty years. However, his new theories are gaining traction. They have been cited as authoritative by doctors and scientists in the US, Spain, China, Turkey, Italy, Denmark, Sweden, Brazil, Germany and England. A new book on the topic of tissue banking contains a chapter he authored on viral disease transmission.

Rutgers, The State University of New Jersey School of Law