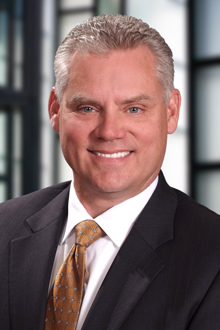 Paul J. Rupprecht is a Partner in the Denver office of Lewis Brisbois and contributes as a member of the Aviation, Construction, Professional Liability – Architects & Engineers, Transportation, General Liability, Products Liability, and Insurance Defense practice groups.

Based on his military, commercial, and general aviation and leadership training, as well as serving in key leadership roles in the aerospace, engineering and fire and safety industries, Mr. Rupprecht has successfully represented a diverse client group in aviation, construction, architectural, engineering, and manufacturing.

Mr. Rupprecht joined the officer ranks in the United States Air Force Reserves and held qualifications as a C-130 tactical airlift aircraft commander. During the 1995 Base Realignment and Closure Commission to close the Chicago O’Hare Reserve Base, Mr. Rupprecht stepped in as Current Operations Officer and then, Chief Pilot, to support the relocation of personnel and assets in the USAFR system. Following closure of the O’Hare Air Reserve Forces Base, Mr. Rupprecht continued his military service at Peterson AFB, Colorado Springs, CO.

In his transition to a commercial airline pilot, he qualified as an airline transport pilot, served as a Part 121 flight instructor and evaluation pilot at United Airlines, while still serving in the U.S. Air Force Reserves at Peterson AFB. As a result of 9/11 and having been furloughed from United Airlines in January 2004, Mr. Rupprecht was engaged by Lockheed Martin Space Systems in Denver, Colorado, as a senior systems engineer and served as the team lead in charge of the launch vehicle and satellite readiness and ground systems engineering teams, while attending the University of Denver Sturm College of Law in the evenings.

While at Lockheed Martin, a prime government contractor, Mr. Rupprecht was a key contributor on an aerospace program yielding classified information for the Department of Defense. There, Mr. Rupprecht worked with the contracting officer and program manager throughout his tenure as readiness and ground systems engineering team leads. In these capacities, Mr. Rupprecht supported and negotiated solicitations to expand his team’s contract line items (CLINs), including duration and scopes of work resulting in extensions of contracts and increases in the number of full-time engineers (FTEs). As a result of his experiences as a contractor in this DoD environment, Mr. Rupprecht subsequently defended government subcontractors in litigation addressing claims of False Claims Act and breach of contract.

As a growth opportunity beyond his litigation practice, Mr. Rupprecht served as general counsel for an aircraft leasing and Part 135 charter services company and provided guidance and counsel on employment, workers’ compensation, corporate transactions and resolutions, litigation and settlement matters. Based on his legal and technical background, Mr. Rupprecht has successfully represented clients in other key legal fields, including transportation, construction defect, oil and gas, and professional and product liability, involving matters of personal injury, wrongful death, property loss, product defect, and premises liability. By combining his engineering, military, and legal experience, Mr. Rupprecht has been highly successful in representing his clients, resolving disputes, and leading his clients towards successful outcomes.

Mr. Rupprecht enjoys spending time with his family traveling, camping, and hiking. For many years, he took great pride in serving and developing youth in leadership opportunities as a scoutmaster, assistant scoutmaster, and merit badge counselor.

U.S. Court of Appeals for the Federal Circuit

Bachelor of Science in Mechanical Engineering, 1985