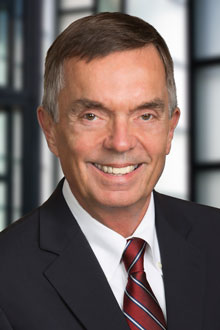 Alan Rupe is the managing partner of Lewis Brisbois’ Wichita and Kansas City offices and a vice-chair of the Labor & Employment Practice. Mr. Rupe is an experienced trial lawyer who is consistently recognized for excellence by local, state, national, and international rankings organizations, including Chambers USA (Band 1, Kansas Labor & Employment), Best Lawyers and Super Lawyers. Mr. Rupe is an “Advocate” member of the American Board of Trial Advocates (ABOTA), an invitation-only role granted to trial attorneys who are of “high personal character and honorable reputation” with considerable jury trial experience. He has also been named “Board Certified Trial Specialist” by the National Board of Trial Advocacy.

Mr. Rupe’s practice embraces every aspect of employment law: day-to-day counseling, training, administrative agency proceedings, civil litigation, and trials. He has litigated landmark employment cases, including handling the first Title VII jury trial and the first RICO case in Kansas. His years of experience defending claims of discrimination, retaliation, wrongful termination, civil rights violations, and wage and hour class and collective actions, cause employers to seek him out for representation in state and federal courts across the United States. Accustomed to being the “lawyer from out of town,” he associates seamlessly with local counsel and skillfully and successfully demonstrates his courtroom skills and experience on behalf of his clients wherever he is selected to litigate.

While Mr. Rupe has built a reputation as a top employment lawyer, his skill set ranges beyond this one practice area. With more than 150 jury trials handled over his career, there is virtually no type of claim that he has not defended against in the courtroom – professional liability, general liability, construction litigation, insurance coverage, as well as litigation concerning sexual abuse, molestation, and school shootings. In addition, Mr. Rupe is often retained to handle appellate arguments after previous counsel receives unfavorable rulings or verdicts by trial courts.

Some of Mr. Rupe’s best known matters are his work on behalf of public entities. He receives ongoing national attention and recognition for his successful prosecution of cases relating to the constitutionality of the funding of K-12 public education, and received the Demetrio Rodriguez Champion of Educational Justice Award from Education Law Center, Inc. for “years of outstanding lawyering and lobbying and perseverance in the face of many obstacles, including brash insults” for his work on a series of lawsuits on behalf of Kansas school children. The lawsuit culminated in a court ordering the State of Kansas to increase spending on public schools by nearly $1 billion each year from 2006-2009, and approximately $440 million in 2014 and 2015. 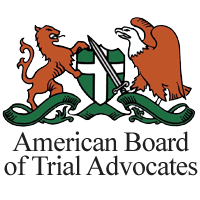