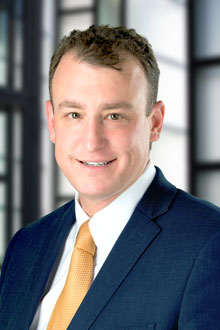 Ryan Rubin is a Partner in the Cleveland office of Lewis Brisbois. He is also the Administrative Partner for the office. In addition, Ryan was re-elected, now serving in his third term as Councilman for the Village of Bentleyville, Ohio.

For about 20 years, Ryan has represented a diverse mix of individuals and corporations in complex business litigation, medical negligence, professional liability, contract claims, alleged trade secret misappropriation, class action, product liability, environmental, and claims involving catastrophic injuries across a variety of industries. He has extensive experience fully litigating and taking to trial these high-stakes matters. In addition, given the national reach of Lewis Brisbois with over 50 offices in the USA, Ryan serves as outside general counsel and/or coordinating counsel for nationwide litigation experienced by everything from small companies to larger publicly traded companies.

Martindale-Hubbell has awarded Ryan its highest attorney rating, AV-Preeminent®. From 2017 to present, he has annually been named to the Super Lawyers list, an award received by about 5% of attorneys with more than 10 years of practice. From 2012 to 2017, Super Lawyers identified Ryan as a Rising Star, a recognition given to 2.5% of attorneys under 40 years of age.

Locally, Ryan was selected as a Fellow of the Cleveland Bar Association.