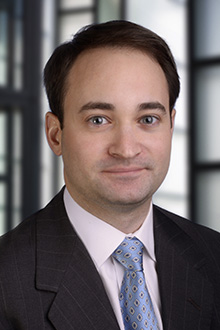 Jesse D. Rodgers is a partner in the Denver and New York offices of Lewis Brisbois and member of the Toxic Tort and Environmental Litigation Practice. Jesse joined Lewis Brisbois in 2013 as an associate attorney specializing in asbestos and toxic tort matters. His additional areas of practice include general liability, products liability, professional malpractice, and premises liability claims. He has successfully prepared and argued numerous motions, including motions for summary judgment, motions to compel discovery and motions in limine. He has also assisted partners in litigating appeals in the Colorado Court of Appeals. Jesse practices in the state and federal courts of Colorado, New York and New Jersey.

After graduating law school in 2011, Jesse served as a Judicial Law Clerk to the Honorable N. Peter Conforti, J.S.C., of the Superior Court of New Jersey, Sussex County. Prior to joining Lewis Brisbois, Jesse practiced at a New Jersey-based regional law firm where he focused his practice in general liability and toxic tort matters.

During law school, Jesse served as the Senior Notes Editor of the Seton Hall Legislative Journal, and participated in Seton Hall Law's Civil Litigation Clinic. He interned with the Honorable Katharine S. Hayden, U.S.D.J., of the United States District Court for the District of New Jersey. During his last two years of law school, he served as a Research Assistant for Professor Bernard K. Freamon.

Jesse has served as a court-appointed mediator for the Superior Court of New Jersey. He has also successfully represented clients at trial who have been charged with criminal offenses in New Jersey municipal courts.

Bachelor of Arts in History and International Relations, 2007