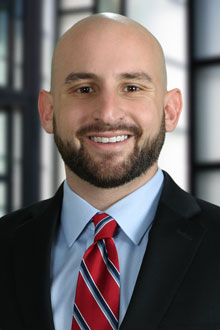 Alec Rishwain is an associate in the Sacramento office of Lewis Brisbois and a member of the Complex Business & Commercial Litigation and General Liability Practices.

Before joining Lewis Brisbois, Mr. Rishwain served as a Judicial Extern to the Honorable Consuelo Maria Callahan of the Ninth Circuit Court of Appeals. He was admitted to the California Bar Association in December, 2018.

Mr. Rishwain also strives to stay involved in the community he practices. During law school, he volunteered at the Arizona Legal Center, where he provided legal assistance to those who lacked the resources and ability to resolve their legal issues.  Currently, Mr. Rishwain coaches youth basketball and flag football in the Sacramento area.

Bachelor of Arts in Political Science, 2015