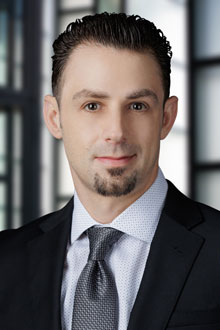 After earning his B.S. in Business Administration (Mgmt.), Mr. Richards graduated law school magna cum laude, ranking in the top 10% of his graduating class and making either the Honor Roll or Distinguished Honor Roll list every semester. While attending law school, he received the highest grade in multiple courses, earning him numerous awards for each. Mr. Richards also served as an editor for Law Review, was elected to the Student Bar Association and Community Events Committee, served as a Teaching Assistant for a Federal Rules of Evidence course for three consecutive semesters, interned for the San Diego Office of the Primary Public Defender, and attended a winter intersession program with Pepperdine University School of Law to study Negotiation Theory and Practice.

In his free time, Mr. Richards enjoys spending quality time with his wife and four-legged child—a Bengal cat with a devoted social media following, as well as serving as a volunteer foster for orphaned pets. As a self-proclaimed music aficionado, he also has a passion for playing acoustic guitar, and was formerly a drummer. Finally, Mr. Richards has been an avid artist since he was a young child, providing commissioned artwork in various mediums for numerous well-known companies.

Thomas Jefferson School of Law, May 2013